These Are Patriots' Best Fits In 2018 NFL Draft At Every Position - NESN.com Skip to content

The 2018 NFL offseason will finally reach its apex Thursday night with the start of the 2018 NFL Draft. Yes, after months of mock drafts and speculation, the draft has finally arrived.

The New England Patriots are set to pick 23rd and 31st on Thursday, 43rd, 63rd and 95th overall on Friday and 198th, 210th and 219th overall on Saturday. So, all three days should be exciting for Patriots fans after two straight quieter drafts from a New England perspective in which the team didn’t have first-round picks.

Based on measurables, metrics and good ol’ fashioned intangibles, NESN.com has pinpointed a best fit at each position for the Patriots. Here they are:

Lauletta, on the other hand, is well within reach for the Patriots as a second- or third-round prospect and the seventh best QB in the draft. He’s been compared to former Patriots backup Jimmy Garoppolo.

Running back: Jaylen Samuels, North Carolina State, Round 3-4
NC State used Samuels as a short-yardage back/slot receiver in 2017 with the Wolfpack. Imagine what Bill Belichick could do with such a chess piece.

Wide receiver: Dylan Cantrell, Texas Tech, Round 5-6
Cantrell is a ridiculous athlete at 6-foot-3, 226 pounds. He checks every box when it comes to measurables for a potential Patriots receiver.

Tight end: Ian Thomas, Indiana, Round 2-3
This draft is heavy on one-dimensional tight ends. Thomas at least as the size to serve as a blocker at 6-foot-4, 259 pounds.

Offensive tackle: Kolton Miller, UCLA, Round 1
We know he’ll probably be overdrafted due to his athleticism, but man what an athlete he is. At 6-foot-9, 309 pounds, he ran a 7.34-second 3-cone drill with a 10-foot, 1-inch broad jump.

Guard/center: James Daniels, Iowa, Round 1-2
This is probably too high for an interior offensive lineman, but the Patriots love Iowa blockers, and his brother, LeShun Jr., spent training camp in New England last summer.

Defensive tackle: P.J. Hall, Sam Houston State, Round 4-5
We just want the Patriots to draft a 308-pound man with a 38-inch vertical leap, 4.73-second 40-yard dash and 14 blocked kicks and 42 sacks to his college resume.

Linebacker: Leighton Vander Esch, Boise State, Round 1
Vander Esch is a fit across the board. Will he be there at No. 23 overall, however?

Cornerback: Jaire Alexander, Louisville, Round 1
Alexander is undersized, but he’s the best athlete among this cornerback crop. With a sub 4.4-second 40-yard dash, 6.71-second 3-cone and sub-4-second short shuttle.

Safety: Justin Reid, Stanford, Round 1-2
There are many safeties who fit the bill for Belichick in this draft. Reid’s smarts and versatility make him a fit with the Patriots. 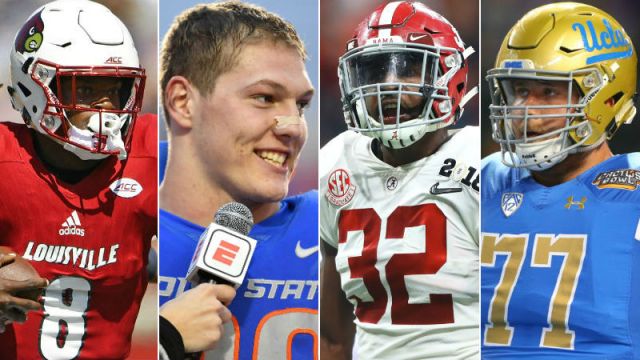 Patriots Draft Preview: QBs, Potential Trades And Everything You Need To Know 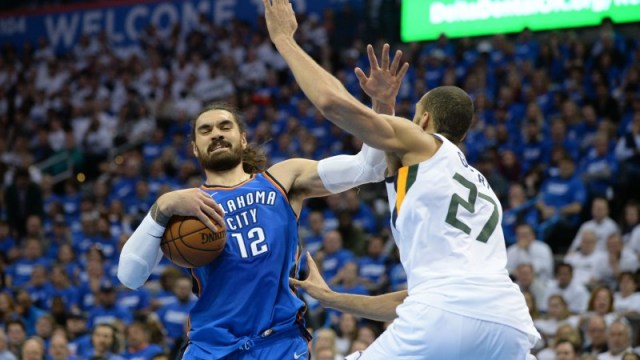