Tom Brady tackled a wide variety of topics during his hourlong Q&A at the Milken Institute Global Conference in Santa Monica, Calif.

Among them: Malcolm Butler’s Super Bowl LII benching, which was discussed ad nauseam in the aftermath of the New England Patriots’ season-ending 41-33 loss to the Philadelphia Eagles in February.

After that game, Brady expressed his support on social media for Butler, who was relegated to the sideline for reasons that have yet to be properly explained.

On Monday, at the urging of interviewer Jim Gray, the quarterback shared his thoughts on coach Bill Belichick’s decision not to play Butler against the Eagles after the cornerback had led all Patriots defenders in snaps played over the previous 18 games.

“I wish he would have played, but the coach decided not to play him, and we still had a chance to win,” Brady said.

Brady, who lit up the Eagles’ defense for 505 passing yards and three touchdowns in a losing effort, said he wasn’t aware Butler had been benched until after the final whistle had blown. Butler played just one snap on special teams and zero on defense.

“I’ll say this: For a team, this side of the room is the offense and this side is the defense,” the QB said, as transcribed by MassLive.com’s Kevin Duffy. “We don’t interfere with them much. I didn’t know. Malcolm kept coming over to me during the game and was like ‘Come on, TB, let’s go!’ And I kept going, ‘What defense are we in where Malcolm’s not on the field?’ Is it short-yardage, goal line?

“And then after the game, I found out. So I just didn’t know. And I asked Malcolm, and Malcolm said, ‘I don’t know. Coach has just decided something different.’ I said, ‘OK.’ So I don’t know what was a part of that decision-making, but I know we were trying to win the game. I don’t think we were trying to do anything but win.”

Brady also said he does not why Butler, who signed a five-year, $61 million contract with Tennessee Titans after the season, did not play. He hasn’t asked, he said.

“I haven’t gone and discussed those things,” Brady told Gray. “Do you know why he didn’t play? Would you like to tell me?”

Does Brady believe Patriots fans deserve an explanation for the benching?

“I don’t know,” he responded. “That’s probably a better question for the guy who owns our team.” 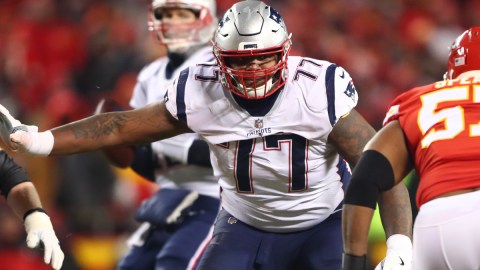