When Patriots Reach In NFL Draft, How Often Do Their Picks Pay Off? - NESN.com Skip to content

You can safely bet on two things in each New England Patriots draft:

One, the Patriots almost certainly will swing a draft-day trade. During Bill Belichick’s tenure, they’ve made at least one deal in every year but 2004.

And two, they’ll likely draft at least one player much higher than pre-draft projections suggest he should go.

With the 2018 NFL Draft rapidly approaching, we took a look back at some of Belichick’s past draft reaches to see which ones became quality NFL players for New England and which ones flamed out.

(Round projections via NFLDraftScout.com, though information from multiple outlets was considered. Asterisks signify active players.)

Vincent Valentine, defensive tackle*
Drafted: third round (96th overall) in 2016
Projected: seventh round/undrafted
Valentine was a solid backup as a rookie, but he spent all of last season on injured reserve. Verdict: too early to call.

Jordan Richards, safety*
Drafted: second round (64th overall) in 2015
Projected: fifth/sixth round
Richards looks like one of the biggest draft whiffs in recent Patriots history. He’s been a serviceable special teams player during his three NFL seasons but still looks lost on defense, regardless of where the team positions him. His roster spot will be in serious jeopardy this summer. Verdict: miss.

Geneo Grissom, defensive end*
Drafted: third round (97th overall) in 2015
Projected: sixth round
Even for a Patriots team that’s had trouble finding consistent edge rushers, Grissom hardly has seen the field outside of the kicking game, playing 130 defensive snaps in 2015 but just 11 in 2016 and 26 in 2017. Verdict: miss.

Joe Cardona, long snapper*
Drafted: fifth round (166th overall) in 2015
Projected: undrafted
The fifth round is very early to draft a long snapper — Cardona was just the fourth ever to be selected — but the Navy man has been reliable for the Patriots throughout his carer, save for his botched snap in Super Bowl LII. Verdict: hit.

Bryan Stork, center
Drafted: fourth round (105th overall) in 2014
Projected: seventh round/free agent
In the short term, the Stork pick worked out brilliantly for New England. He started 13 games as a rookie, including Super Bowl XLIX. A rash of concussions brought about a premature end to Stork’s pro career, however. He missed eight games in 2015, lost his starting job to David Andrews the following summer, was released in August 2016 and never played again. Verdict: miss.

Duron Harmon, safety*
Drafted: third round (91st overall) in 2013
Projected: undrafted
Few Patriots fans had heard of Harmon before the 2013 draft, but he’s become an important defensive leader for New England. The 2017 season was his first as a team captain. His knack for making late-game interceptions earned him the nickname “The Closer.” Verdict: hit.

Tavon Wilson, safety/cornerback*
Drafted: second round (48th overall) in 2012
Projected: sixth/seventh round
Wilson had four interceptions as a rookie in 2012, but he was largely a non-factor during his four seasons in New England. After he played in just nine games and recorded a mere 13 tackles in 2015, the Patriots let him walk in free agency. He’s since become a starting safety for the Detroit Lions, with whom he signed a two-year, $7 million contract extension last month. Verdict: miss.

Stephen Gostkowski, kicker*
Drafted: fourth round (118th overall) in 2006
Projected: seventh round
Gostkowski came off the board far earlier than experts had predicted, but he proved to be an excellent choice to take over for the legendary Adam Vinatieri. He’s the team’s second-longest tenured player behind quarterback Tom Brady. Verdict: hit.

Logan Mankins, guard
Drafted: first round (32nd overall) in 2005
Projected: third round
This one was a slam dunk. Mankins earned either first- or second-team All-Pro honors in six of his nine seasons with the Patriots and started every game until his sixth year in the league. He never won a Super Bowl — the Patriots traded him to the Tampa Bay Buccaneers six months before winning Super Bowl XLIX — but could wind up in the Pro Football Hall of Fame. Verdict: hit.

Brock Williams, cornerback
Drafted: third round (86th overall) in 2001
Projected: fifth/sixth round
Who? Williams never played a game for the Patriots and was out of the league by 2005. He’s best known for pawning his Super Bowl XXXVI ring. Verdict: miss. 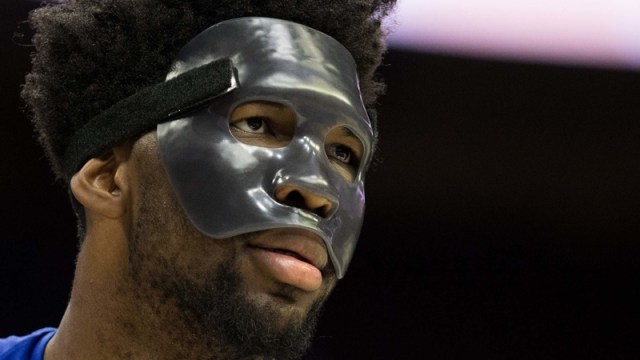 Joel Embiid Is Fed Up, Vents On Instagram After Missing 76ers’ Game 2 Loss 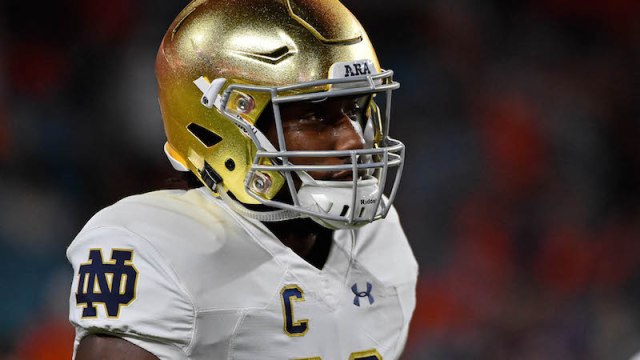