BOSTON — Brad Marchand had a legitimate gripe with the officials after Game 2, and it’s safe to say it only grew as a result of what transpired in Game 3.

The Tampa Bay Lightning were awarded five power-play opportunities Wednesday night at TD Garden, and their bevy of man advantages provided a major lift in their 4-1 victory over the Boston Bruins.

One of these power plays came courtesy of Marchand, who was whistled for a slashing penalty on Lightning defenseman Anton Stralman with just over four minutes left to play in the second period. Tampa Bay failed to score with the extra man, but the infraction clearly riled up Marchand.

After the game, Boston’s star winger gave his take on how the referees have managed the first three games of the second-round Stanley Cup playoff series.

“It’s just funny how inconsistent they are,” Marchand said. “A slashing penalty is the same thing that I had on a breakaway last game, was 3-2. A little consistency would be nice.”

Marchand’s slashing penalty on Stralman was painfully ironic. With just a few minutes to play in Monday’s game in Tampa Bay, Marchand appeared to be slashed while on a breakaway attempt, but the referees didn’t grant the B’s a penalty shot nor a penalty in general. Which Bolts player dodged a bullet with the apparent slash on Marchand? You guessed it, Stralman.

Marchand has every right to be frustrated, especially now that the Bruins are down 2-1 in the series. That said, the referees likely won’t take kindly to his recent comments. We’ll have to wait and see if anything changes from an officiating standpoint come Friday’s Game 4 at TD Garden. 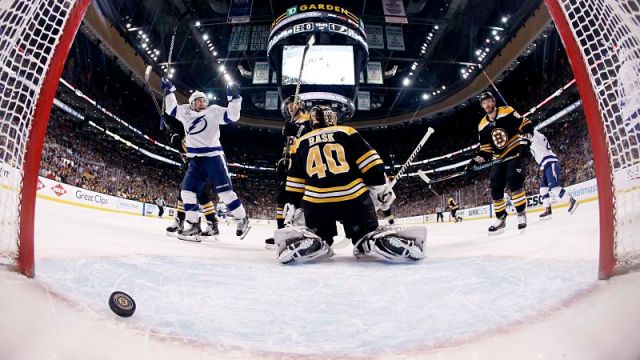 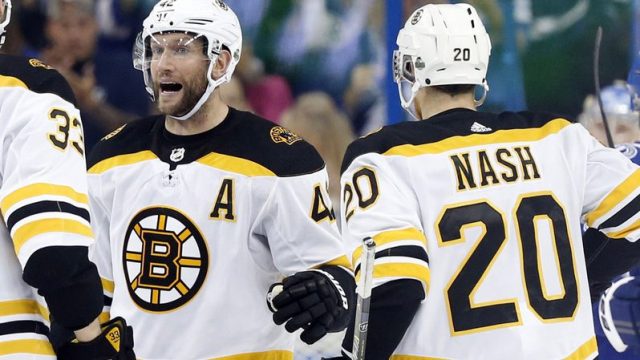