BOSTON — He wouldn’t tip his hand before Game 5 of the Eastern Conference finals, but Brad Stevens was holding a flush.

And if he didn’t know it prior to tip-off between the Boston Celtics and Cleveland Cavaliers at TD Garden on Wednesday night, Boston’s coach certainly knew it after the C’s 96-83 win.

After losing Games 3 and 4 in Cleveland, Stevens elected to re-insert Aron Baynes into Boston’s starting lineup, sending Marcus Morris to the bench in order to match the Cavs’ size on the interior and give Boston a fresh rotation of wing players throughout the game.

With the Cavs scuffling offensively in the first quarter, many expected Lue to turn to 37-year-old sharpshooter Kyle Korver to inject some life into Cleveland’s punchless offense. But Korver didn’t enter until the second quarter when the Cavs already were trailing by 13, much to the confusion of just about everyone.

“Well, initially he’s been putting (Semi) Ojeleye in, so that’s been kind of Kyle’s matchup when he comes in the game,” Lue said. “He didn’t play him tonight so it kind of threw us for a loop.”

Korver has been Cleveland’s second best offensive player in the series, so it makes zero sense that his play would be dictated on whether or not Ojeleye was on the floor. Korver’s shooting could have helped the Cavs stop the bleeding during the end of a sloppy first quarter, and if Lue is basing his rotations on the playing time of Boston’s role players, then the Cavs might as well be doomed.

It’s doubtful Stevens knew that electing not to play Ojeleye at all would have a profound impact on a critical Game 5, but Lue’s inability to adapt on the fly cost the Cavs dearly Wednesday night at TD Garden.

As for the insertion of Baynes into the starting lineup, Lue noted that it clearly bothered Tristan Thompson, who only grabbed one offensive rebound after owning the glass in Games 3 and 4.

“Baynes is a really good defender,” Stevens said. “He helps in a ton of different ways. I thought he did a good job of getting to the ball on the glass and getting tip-ins. You know the purpose for that change was we’re going to have to play big some, we wanted to play big a little bit more, but it was more to get two wings off the bench so that we could then rotate our wings with basically quick breaks around the timeouts if we could.”

As for Ojeyele keeping his warm-ups on? Stevens was already starting the chess game with Lue.

“We believe in Semi,” Stevens said. “We think that he’s a big huge part of our team and it would not be a shock if he plays a ton for us in Game 6.”

Stevens has spent the NBA playoffs coaching circles around Joe Prunty, Brett Brown and Lue. His adjustments have been so masterful that he made Lue short circuit and decide to leave an important weapon on the bench while the Cavs fell into an early 15-point hole.

When the doubters come for Brad Stevens, remember he might have stolen a conference finals game from LeBron James solely by not playing a second-round draft pick who averaged 15.8 minutes per game during the regular season.

And now the Celtics are one win away from a conference title. 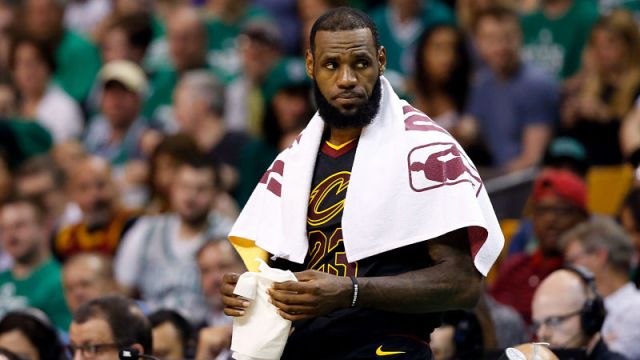 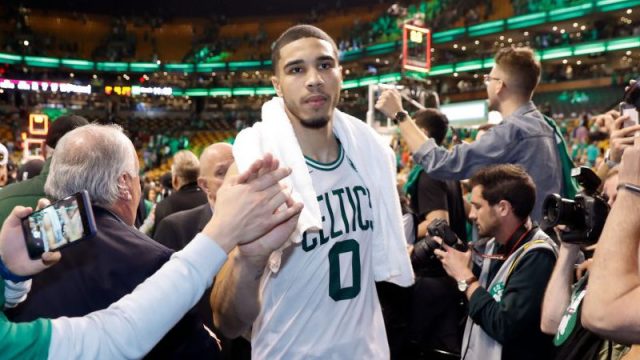