BOSTON — Like they’ve done so many times throughout the 2018 NBA season, the Boston Celtics stepped up big in the second half Tuesday.

In their 107-94 win over the Cleveland Cavaliers in Game 2 of the Eastern Conference finals at TD Garden, the Celtics faced a seven-point halftime deficit and a 42-point effort from LeBron James.

But once Boston took the lead, it never looked back.

Jaylen Brown led the way for the C”s with 23 points while Al Horford chipped in 15 points of his own. Terry Rozier went off in the third quarter, tallying 14 of his 18 points in the frame, including a beautiful one-handed dunk with James closing in on him from behind.

“It’s like a switch goes off and he just goes out there and plays,” Horford said of Rozier after the game. “Terry’s fearless, he’s always been like that. It’s just now he’s getting the opportunity to show it.”

“He’s competitive but he’s certainly not scared,” Stevens said after the game. “I think that comes from belief in yourself and the work you put in.”

The game was physical throughout the four quarters, and got dicey late in the fourth quarter when J.R. Smith got called for a flagrant foul after pushing Horford out of the air as he was trying to grab a lob pass from Marcus Smart.

Smart immediately got in Smith’s face after the push and had more to say about the play after the game. Horford made the play count, though, knocking down both free throws to help cap off Boston’s huge second half.

Here are some other notes from Celtics-Cavs Game 2:

After Tuesday night’s win, Boston is 9-0 at TD Garden throughout the 2018 NBA playoffs.

“Jaylen was really aggressive tonight,” Stevens said after the game. “Jaylen’s had a great postseason.”

Fourteen of Brown’s points came in the first quarter.

— James scored 21 of the Cavs’ 27 first quarter points, and finished the night with 42. He and Kevin Love combined for 64 of Cleveland’s 94 points.

— Horford scored or assisted on the Celtics’ final 10 points of the game.

The C’s also outscored Cleveland by 20 points in the second half. 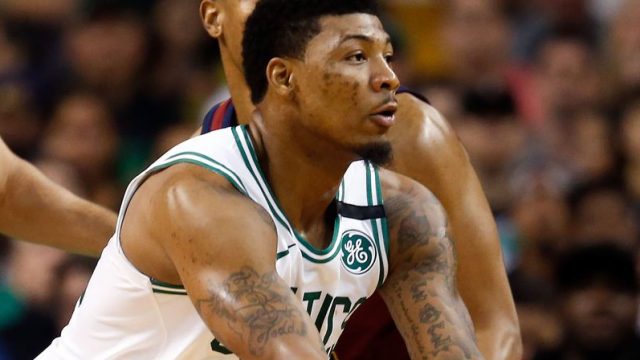 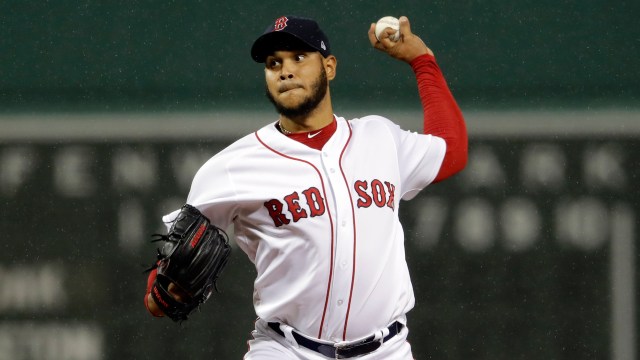