Kyrie Irving, of course, didn’t play in Game 7 of the Eastern Conference finals.

Still, the Boston Celtics guard somehow managed to become one of the storylines of his team’s heartbreaking loss to the Cleveland Cavaliers.

Irving, who continues to recover from knee surgery, was on the bench at TD Garden for much of Boston’s postseason run. He was nowhere to be found during Sunday’s Game 7, however, and his absence raised a few eyebrows.

I'm a Kyrie fan but (unless he had a legit excuse) I'm very disappointed he wasn't at the game tonight. The Celtics could've at least used his presence on the bench and in the huddle.

So, where in the world was Kyrie Irving?

Kyrie Irving needed a procedure done for a deviated septum, which was why he wasn?t at Game 7, per Danny Ainge. Didn?t want to be seen after the surgery, Ainge said.

While Ainge’s explanation does provide some clarity, it doesn’t explain why Irving “didn’t want to be seen” after the procedure. Was he embarrassed about his unsightly nose cast? Did he have a headache? Was he unwilling to replace bloody gauze on national TV? Who knows.

(If you’ve ever had surgery for a deviated septum, you know the ensuing two-week recovery is no picnic.)

In any event, all that matters is Irving and his teammates get the rest and recovery they need during the offseason, as expectations will be sky-high for the 2018-19 campaign. 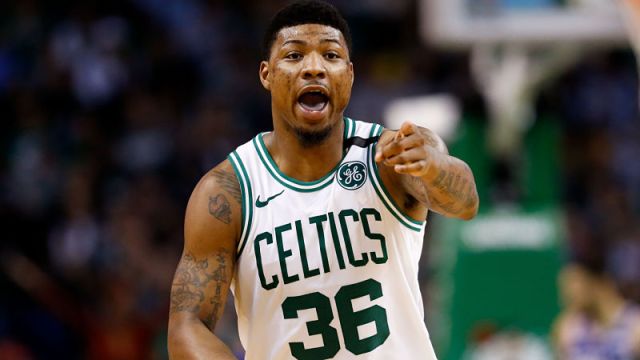 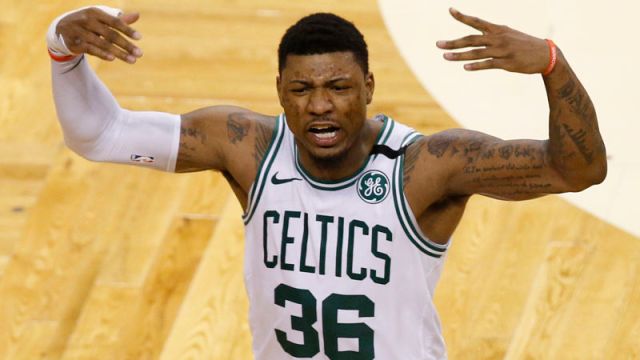