The New England Patriots are renowned for valuing versatility. But there is still room on their roster for role players and those who are simply asked to do their job.

Ja’Whaun Bentley, the Patriots’ fifth-round pick in the 2018 NFL Draft, seems like one of those players as a downhill run thumper. And there’s a lot to like about him. He was a four-year starter and three-year captain at Purdue. He’s still only 21 years old, so he’s both an experienced player and someone who might have some upside based on his age. He did miss 12 games in his career due to injury.

He’s best while running forward, where he can shoot a gap and blow up a play in the backfield. He did this countless times during his four years at Purdue.

Simply watch his highlight package, and you’ll see those plays.

Here’s another run stuff in Purdue’s Foster Farms Bowl win over Arizona. The running back doesn’t run through the hole Bentley is occupying, but he still adjusts to make the tackle.

Here, Bentley sheds a blocker and bounces off another to make a play near the line of scrimmage in traffic. He has a nose for the ball and can simply overpower blockers at times.

Bentley had one of his better players of the season against Louisville near the goal line, when he slid down the line of scrimmage off the snap, quickly stuffed the running back before he could cross the goal line and forced the football out. Bentley isn’t going to wow you with his straight-line speed or change of direction, but he can move well in a short area.

He ranked fourth in Pro Football Focus’ run-stop percentage metric, recording 46 stops on 346 run snaps. He missed just nine tackles on 706 snaps, rating him above average in PFF’s tackling efficiency metric. He was PFF’s top-rated linebacker in 2017 based mostly on his dominant run defense.

The Patriots have a similar player in linebacker Elandon Roberts. But during our review of Bentley’s senior season, we saw fewer plays where he incorrectly shot the wrong gap. Bentley is bigger than Roberts at 6-foot-1, 246 pounds, but he’s also less athletic.

Bentley also should be helpful on early downs covering running backs. Bentley can drop into a shallow zone or track a running back into the flat, but you don’t want to see him running too far down field on passing plays. Bentley’s good when he can keep the defender in front of him.

He tracks the running back out of the backfield and makes the open-field tackle for loss.

This is simply to show Bentley won’t be easily tested on flat routes.

Bentley actually came off the field for Purdue in some obvious passing situations in 2017, however. That doesn’t bode well for his third-down snaps with the Patriots.

He gets beat by a Louisville receiver for a big play out of the slot.

Bentley also wasn’t quite keeping up in coverage on this play, but he adjusted and forced another fumble.

It’s odd that at the Senior Bowl, Bentley played on the edge.

He can set the edge against the run, but it would be very surprising to see him rushing the passer from that position in the NFL. He can shoot a gap on a blitz, but he didn’t show pure pass-rush prowess in college.

Overall, Bentley should be an upgrade when the Patriots are playing three linebackers on early downs. He’s a smart defender who seemed to understand his responsibilities well in college. He’s also good to make a few big plays. He had 11.5 tackles for loss and two forced fumbles as a senior. He also returned an interception for a touchdown.

It’s slightly odd to see a linebacker drafted who came off the field in certain situations, but Bentley is really good at the job the Patriots likely will ask him to play as an early-down run stopper. 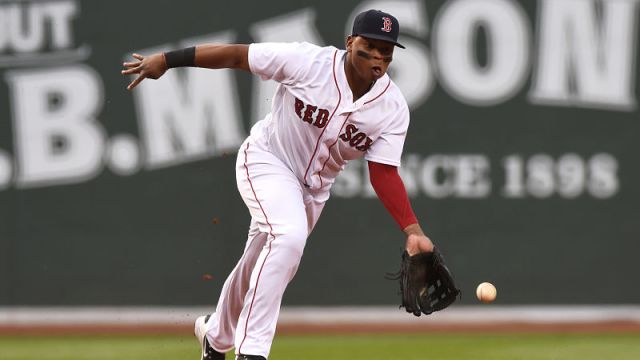 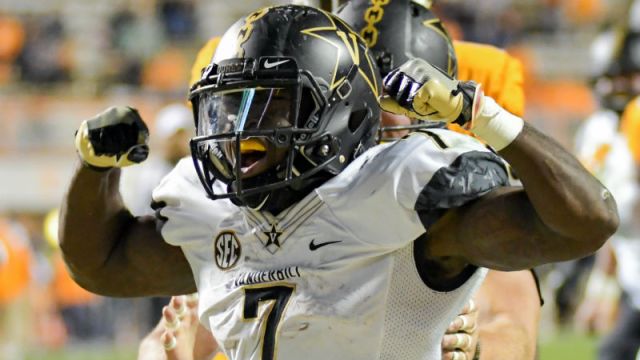