The New England Patriots began organized team activities Monday on the practice fields behind Gillette Stadium. Tuesday’s session will be the first that’s open to the media.

With quarterback Tom Brady and tight end Rob Gronkowski not expected to attend, here are six players we’ll be watching on the offensive side of the ball.

Sony Michel, running back
Michel was the third running back selected in the 2018 NFL Draft (31st overall) and the first the Patriots had picked in the first round since Laurence Maroney in 2006. A home-run hitter (7.9 yards per carry last season at Georgia) with pass-catching ability, Michel is viewed as a de facto replacement for Dion Lewis, who signed with the Tennessee Titans this spring. These non-contact practices only showcase parts of a running back’s skill set, but they are useful for evaluation; Lewis flashed during OTAs in 2015 ahead of his breakout season.

Malcolm Mitchell, wide receiver
This will be a make-or-break summer for Mitchell, who missed all of last season with a knee injury that wasn’t a torn ACL. The 2016 fourth-round draft pick showed great potential as a rookie, but his history of knee problems is troubling. The Patriots are loaded at wide receiver, so Mitchell will have to prove he’s 100 percent healthy — and can stay that way — in order to lock down a roster spot. We’ll also be monitoring how Julian Edelman — one of the few roster locks at wideout — looks in his return from an ACL tear.

Jordan Matthews, wide receiver
We honestly could include all of the Patriots’ wide receivers (they currently have 11) on this list. That’s how intense the competition will be at that position. We’re particularly interested in Matthews, though, because he looks like the best bet to take over as New England’s No. 3 receiver behind Edelman and Chris Hogan. If he does, Mitchell, Cordarrelle Patterson, Kenny Britt, Phillip Dorsett, Braxton Berrios, Riley McCarron and Cody Hollister could be fighting for just two roster spots.

Braxton Berrios, wide receiver
At 5-foot-9, 183 pounds, Berrios certainly fits the mold of a Patriots slot receiver, drawing comparisons to Danny Amendola during the pre-draft process. The sixth-round pick also was a talented punt returner at Miami, which improves his chances of cracking the 53-man roster as a rookie. With Amendola now in Miami and the Patriots likely wanting to protect Edelman from injury, Berrios and cornerback Cyrus Jones look like the top candidates to take over punt-returning duties this season. (Patriots coach Bill Belichick suggested the team will try Patterson, a kick return specialist, out there, as well.)

Danny Etling, quarterback
Brady’s absence means more reps for Etling, whom the Patriots drafted in the seventh round last month. Until the 40-year-old starter returns, Etling will serve as QB2 behind veteran backup Brian Hoyer — valuable experience for a player who will need to impress coaches this summer if he hopes to make the team as a rookie. Etling’s mechanics were a mess at LSU, but he’s spent his offseason working with renowned throwing coach Tom House, who includes Brady among his many NFL clients.

Dwayne Allen, tight end
Gronkowski — who, like Brady, has yet to report to OTAs — is the Patriots’ No. 1 tight end. Who’s their No. 2? Right now, that’s anyone’s guess. Allen filled that role last season, but he was a total non-factor in the passing game, catching just 10 passes for 86 yards and one touchdown in 16 games. He’ll need to prove he’s worth keeping over Jacob Hollister, Troy Niklas, Will Tye, Ryan Izzo and Shane Wimann — all younger, cheaper options. 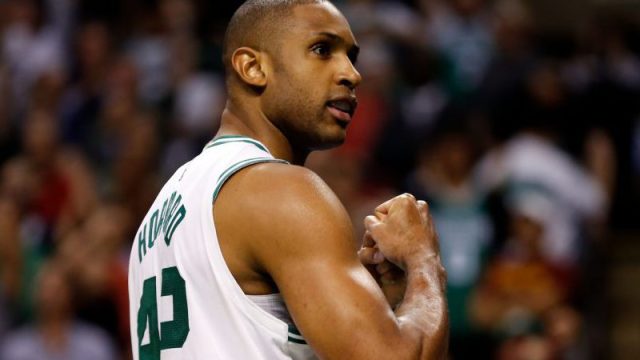 This Trend Should Give Celtics Fans Confidence Entering Game 5 Vs. Cavs 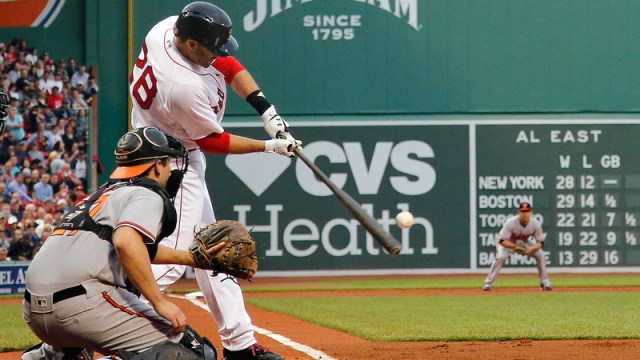 Which Red Sox Player Holds Record For Most Homers In His First Season With Team?