Even after selecting LSU’s Danny Etling in the seventh round of the 2018 NFL Draft, the Patriots on Thursday hosted quarterback Austin Apodaca, who last played in the Canadian Football League, for a workout at Gillette Stadium, according to a report from The Albuquerque Journal.

Apodaca, 24, began his college career at Mesa Community College before transferring to Washington State and then to New Mexico. He never earned a full-time starting job for the Lobos, splitting time as a junior in 2015 and as a senior in 2016. Over those two seasons, Apodaca completed 109 of 206 passes (52.9 percent) for 1,356 yards and six touchdowns with eight interceptions.

After going undrafted in 2017, Apodaca signed with the CFL’s Winnipeg Blue Bombers but was cut after the preseason. He spent last season out of football before returning to the field earlier this year in The Spring League, which also showcased Johnny Manziel’s return to the gridiron.

The Patriots currently have three quarterbacks on their 90-man roster: Tom Brady, Brian Hoyer and Etling.

Patriots Mailbag: How Many Roster Spots Are Available After Removing Locks? 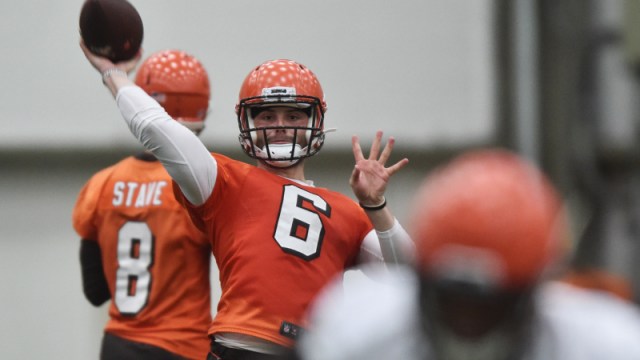