After combining to go 16-of-34 last Tuesday in the Patriots’ first OTAs session open to the media, quarterbacks Brian Hoyer (28-of-36 with an interception) and Danny Etling (16-of-22) completed over 75 percent of their total passes Thursday.

Here are the rest of Thursday’s observations:

— Jonathan Jones, defensive end Trey Flowers and linebacker Dont’a Hightower were back on the field after missing Tuesday’s session.

— Wide receiver Julian Edelman stayed on the upper field the entire practice but didn’t participate in team drills as he works back from a torn ACL.

— Tight ends Will Tye and Jacob Hollister were popular targets from quarterbacks in team drills. Both have upside as receiving threats in the Patriots’ offense, as multiple players, including Troy Niklas, Dwayne Allen and rookie Ryan Izzo, fight for two backup spots behind Gronkowski.

— Linebackers Christian Sam and Kyle Van Noy, rookie cornerbacks Duke Dawson and J.C. Jackson and cornerbacks Jomal Wiltz and Eric Rowe had pass breakups in the session. Safety Damarius Travis snagged the ball out of the air for an interception off Dawson’s breakup.

— Jackson received a ton of snaps, even playing across from starter Stephon Gilmore at times. With Jason McCourty remaining on the sidelines, it seems the spot across from Gilmore is wide open.

— It’s rare to see Patriots director of football research Ernie Adams doing any coaching, but he spoke to Etling and assistant quarterbacks coach Jerry Schuplinski after a team drill in which the rookie QB hesitated to throw. Etling is getting more opportunities in team drills than he would have if Brady was participating. Etling so far has been better than expected, though he doesn’t have pressure bearing down on him.

— Wide receiver Phillip Dorsett was the most heavily targeted wide receiver of the day, but he caught just 3 of 6 passes. He dropped a ball and had a pass broken up in front of him by Rowe.

— Running backs Sony Michel and Mike Gillislee and wide receiver Jordan Matthews drew the ire of positional coaches. Patriots assistants remained fired up, expecting the most out of new and old players alike. 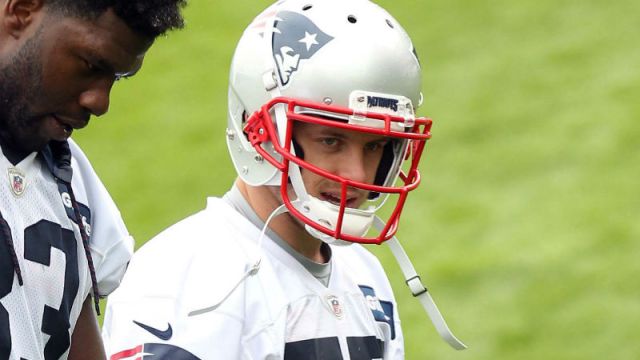 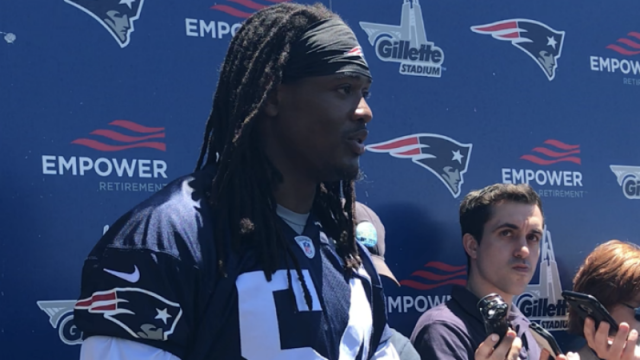