Not even a rain-soaked night at Fenway Park could slow the Boston Red Sox down.

Thanks in part to three home runs courtesy of Rafael Devers, Mookie Betts and Andrew Benintendi, along with six innings from Rick Porcello that featured nine strikeouts, Boston was able to pick up a 6-3 win over the Baltimore Orioles on Saturday night.

Baltimore tried to battle back, bringing the game within a run, but Boston’s bats came through in the seventh to put the game out of reach for the O’s.

The Sox battled through rain showers through nine innings but were able to come out victorious.

ON THE BUMP
— Porcello found himself in some trouble in the third when Baltimore loaded the bags after Chance Sisco led off the inning with a ground-rule double, followed by an Adam Jones single and Manny Machado walk. The O’s were only able to get one run out of it from a Jonathan Schoop sacrifice fly, however.

The righty seemed to settle down after that and had a three-run lead to work with, but Baltimore would not go away as it scored two more runs in the sixth on a two-run shot by Pedro Alvarez to cut Boston’s lead to one.

— Joe Kelly pitched a 1-2-3 seventh that ended with back-to-back strikeouts.

— Matt Barnes came in for the eighth and pitched a clean inning, ending it the same way Kelly did — with consecutive K’s.

— Craig Kimbrel closed the game out with a scoreless ninth to earn his 13th save of the season and secure the Red Sox’s win.

IN THE BATTER’S BOX
— Devers got the Sox on the board in the fourth inning with his eighth home run of the year that he sent into the Green Monster to tie the game.

You think a little rain is going to stop Rafael Devers from putting one in the seats? pic.twitter.com/sc2FTMXYGF

— With the game knotted at a run apiece in the fifth, Betts smacked his 15th home run of the season into the Monster after Sandy Leon doubled earlier in the frame.

Now standing alone as the league leader in homers: pic.twitter.com/KIuxCfevkM

— Benintendi got in on the home run fun and went back-to-back with Betts to give the Red Sox a 4-1 lead.

Andrew Benintendi hit his fourth home run of the season into the bullpen to extend the Red Sox's lead over the Orioles. pic.twitter.com/tLjb1STOj9

— After the O’s came within one, Boston added some insurance in the home half of the seventh when Benintendi used his power again to drive in two runs with a single to center.

TWEET OF THE GAME
Betts is really good at baseball.

Mookie Betts has just nine hitless games (in which he's played at least five innings), and he's gotten on base via walk in six of them. So he's been held off the bases just three times all year. Think about that for a second.

UP NEXT
The two sides will wrap up their four-game set Sunday afternoon. Boston will send Eduardo Rodriguez to the mound, while Baltimore is expected to counter with David Hess. First pitch from Fenway Park is set for 1:05 p.m. ET. 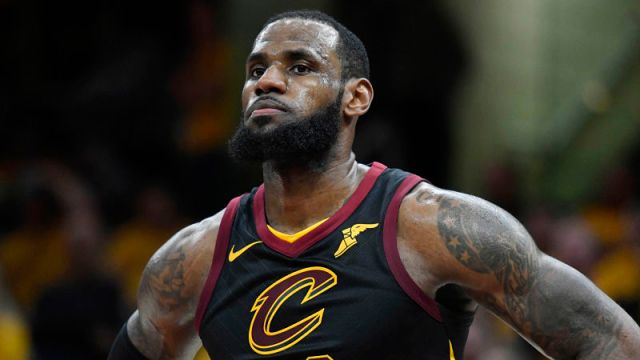 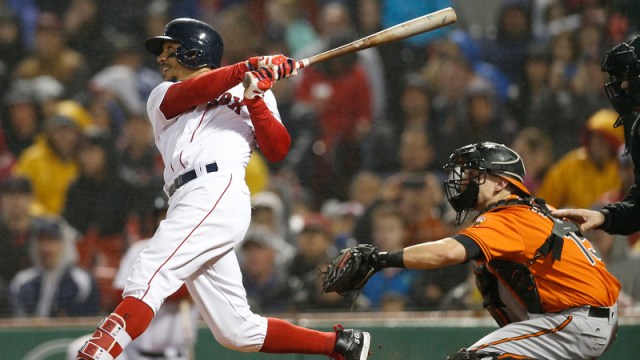