Why Are Patriots' Rookies Wearing Such Wacky Numbers During OTAs? - NESN.com Skip to content

FOXBORO, Mass. — The New England Patriots’ rookies have yet to be assigned permanent jersey numbers. This is a little weird.

Even when the Patriots went numberless in spring practices years ago, rookies still were at least assigned a number that appeared as a decal on the back of their helmets. This spring, Patriots rookies, regardless of position, are wearing numbers ranging from 50 to 71. The players’ numbers are not listed on the official roster, but with some deductive reasoning, reporters figured out who was who Tuesday during the first organized team activities practice open to the media.

Nos. 50 through 60 are the Patriots’ draft picks in order by draft position. Nos. 56 and 57 are unofficially retired for Andre Tippett and Steve Nelson, respectively. Nos. 61 through 69 are undrafted free agents in alphabetical order. Bojorquez signed after the initial wave of rookie free-agent signings.

“Yeah, really not too worried about all the important stuff like that — numbers and what color gloves you wear and all that,” Belichick said. “That’s not really at the top of the list right now. Trying to learn football, trying to become a team, trying to get better each day, that’s really where our focus is.”

Patriots defensive captain Duron Harmon might have revealed the true reason for the numbers.

“I think it’s hilarious,” Harmon said. “But you got to get to know your teammates. And I think that helps too. All the rookies in between the 50s and the 60s, it’s harder to really know who you’re talking to. So, you’ve got to know them by face, know them by name. And it just helps the team grow and build.”

That makes some sense.

It’s taken some getting used to for backup quarterback Brian Hoyer.

“(A reporter) asked me about a 59 on defense, and I’m thinking that’s supposed to be a linebacker out there,” Hoyer said. “It’s one of those rookie DBs. It’s something we’ve got to be keen to.”

Does he have to remind himself he can throw to guys wearing No. 50?

“It’s not so much the guys on offense, because you see the white jersey,” Hoyer said. “And if a lineman is running a route, then we’re in a lot of trouble. It’s more the defensive rookies, when they’re wearing 59, you’re like, ‘Well is this guy a linebacker? Is he a corner? Is he a safety?’ Because that means a lot to us as quarterbacks. So, that’s one thing that you gotta figure out who the guy is, get to know the guy and know what number they’re wearing.”

It’s certainly odd, but surprisingly fun, to see a quarterback wearing No. 58, which typically is saved for linebackers. No. 58 is unchartered waters for Etling.

“No, my first ever football number was 28, so I think that’s the closest I’ve got to it,” Etling said.

Patriots spring practices run through June 15. Patriots training camp won’t start up until late July. It seems Patriots fans will have to continue to wait to find out what number their favorite rookie will be rocking in the preseason. 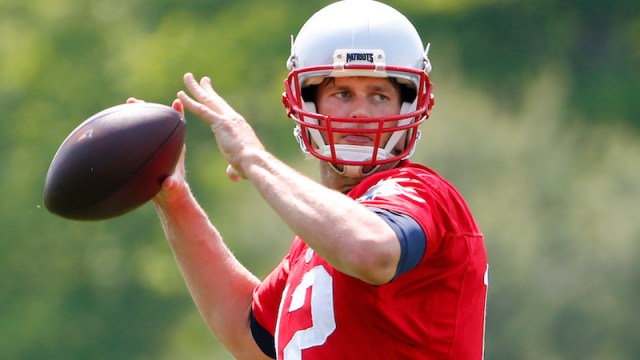 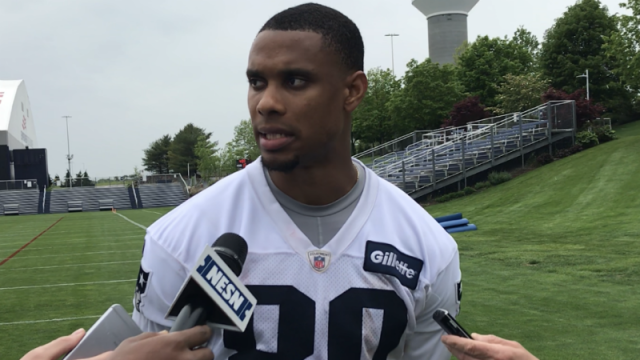