Why Mookie Betts Might Be Best Player In MLB (Not Named Mike Trout) - NESN.com Skip to content

If you didn’t include Mookie Betts, your list stinks.

The Boston Red Sox right fielder absolutely is one of the five best players in baseball, and he proved it again Wednesday by launching three home runs against the Kansas City Royals. Betts, who has less than 600 major league games under his belt, now has more three-homer games (four) than any player in Red Sox history, with Wednesday’s power surge lifting him past the great Ted Williams (three).

There’s one problem, though: For as good as Betts is relative to his MLB peers, it still feels like the 25-year-old doesn’t get enough credit. Sure, folks in Boston seem to appreciate his otherworldly talent, but one could make the case he’s the best player in the game not named Mike Trout. Seriously.

First, let’s look toward wins above replacement (WAR), an all-encompassing statistic that’s a good indicator of a player’s overall value because it takes into account offense, defense and baserunning.

According to FanGraphs, Trout owns an 18.7 WAR since the beginning of 2016, meaning he’s been worth 18.7 wins to the Los Angeles Angels relative to the production they’d receive from a replacement-level player. That’s the best mark in baseball. The second-best? 16.1, owned by none other than Betts.

Here are the top 10 players in WAR since Opening Day 2016, as of Thursday:

Basically, you could stop there, say Betts has been the second-best player in baseball for the last two-plus seasons and your argument would carry weight. But throwing one number out there doesn’t really drive home the point, namely in regards to the reality of Betts versus the perception of Betts relative to other superstars across the league.

Admittedly, these rankings might vary slightly if you polled ESPN’s panel of almost 40 experts now rather than over the offseason (or whenever they were polled), especially since Betts regressed a bit offensively last season after an amazing 2016, prompting questions about which version of the former fifth-round pick would show up in 2018. But it’s still head-scratching to see him so low, in spite of the collective talent within that group.

Stanton hit a whopping 59 home runs last season yet his career-best 7.1 WAR still paled in comparison to the 8.3 mark Betts posted in 2016. And that’s because Betts impacts the game in so many ways. While impressive, Betts’ traditional stats — home runs, RBIs, average — just scratch the surface of what he brings to the Red Sox on a consistent basis.

Consider Betts’ defensive runs above average (DEF) — one of Fangraphs’ building blocks for WAR — across the aforementioned two-plus-season window. His 29.3 mark since the beginning of 2016 is sixth-best among all major league position players and tops among all outfielders.

You want proof of Betts’ impact on the bases beyond totaling more than 20 steals in each of his three full seasons to date? He ranks second in baserunning runs above average (BsR) — the baserunning component of WAR — behind Billy Hamilton (24.8) at 20.4, and Hamilton is like the fastest guy alive.

Again, these analytics contribute toward Betts’ WAR. So you don’t necessarily need them as additional proof of how good Betts has been the last few years. The one number — 16.1 — should do the trick. But they certainly help to tell the whole story, which is that Betts is really, really, really good at several different things, including aspects of the game one might overlook if he or she is distracted by a mammoth New York Yankees slugger sprinkling in a moon shot with his strikeouts.

If you want to say Trout is better than Betts, go ahead. He’s been the best player on the planet for the last six-plus seasons — plain and simple — and he’s showing no signs of slowing down at age 26. He’s a freak.

If you want to say Altuve is better, that’s fair, too. He’s a four-time hits leader, a three-time batting champion and the reigning American League MVP. At the very least, there’s a reasonable argument to be made. Same for Bryant, I suppose.

But after that, Betts is as good or better than any player MLB can offer. And that includes Bryant, Harper, Machado, Arenado and whoever else seemingly finds his name entrenched in the conversation far more often than Betts. It’s perplexing why it still doesn’t feel that way, from a leaguewide perspective, especially with him thriving in entertaining fashion for one of the most storied franchises in sports.

Maybe it’s his size (5-foot-9, 180 pounds). Maybe it’s because he’s thought of as a corner outfielder — a position known for power — without taking into account how difficult it is to play right field at Fenway Park or how he almost certainly could transition to center field with ease, at which point his offensive production would stand out even more. Or maybe it’s because the Red Sox have flopped in the ALDS the last two seasons, preventing Betts from truly taking center stage in the postseason.

Whatever the case, things need to change. Betts needs to be on your list and everyone else’s list. 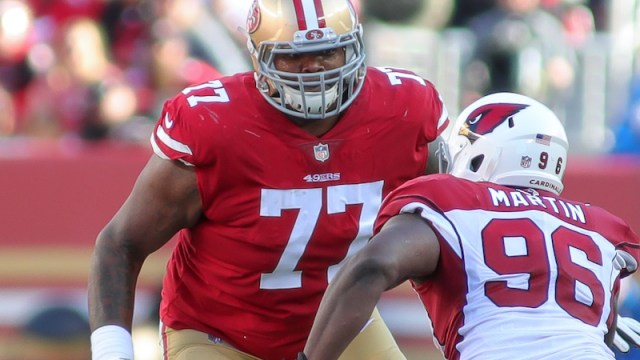 Is Patriots’ Trent Brown A Serious Candidate To Start At Left Tackle? 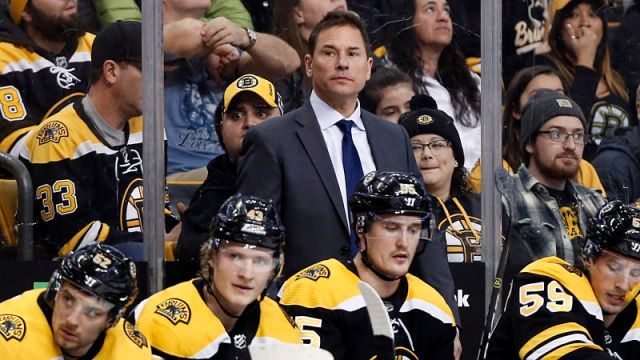