Cordarrelle Patterson Could Be X-Factor For Patriots After Kickoff Revamp - NESN.com Skip to content

FOXBORO, Mass. — Shortly after the NFL league year began this past March, Oakland Raiders wide receiver Cordarrelle Patterson was taking a walk with his newborn daughter when his phone rang. It was his agent.

“Pack your bags,” the voice on the other line said. “You’ve just been traded to the New England Patriots.”

Patterson took a beat to make sure he wasn’t being pranked. Then, a wave of excitement hit him.

After appearing in just one playoff game during his five seasons with the Raiders and Minnesota Vikings, Patterson now will lend his considerable talents to a Patriots team that’s represented the AFC in three of the last four Super Bowls.

Chief among those talents is kick returning. Patterson has been one of the NFL’s most dangerous kick return men since he entered the league in 2013, earning two first-team All-Pro selections and one second-team nod. And with the NFL recently approving a radical new kickoff structure, Patterson could prove to be a highly valuable pickup for the Patriots.

“(Patterson brings) experience, confidence, speed, size. Want me to keep going?” special teams captain Matthew Slater told NESN.com on Wednesday after Day 2 of Patriots minicamp. “He brings a lot to us. He’s such a unique player. Obviously, we haven’t had a guy like that that’s that size that can run the way that he does. And there aren’t many guys on the face of the planet like that.”

“With that being said,” Slater continued, “it’s not just going to happen overnight for us. We can’t think, ‘Oh, we’ve got a great returner. We’re going to be a great kickoff return team.’ We have to lay a foundation. We have to work hard, especially with the rule changes, to make sure that we give him a chance to utilize his gifts.”

The most notable of the rule changes are the elimination of the running start for kick coverage players and the requirement that return teams position eight of their 11 players within 15 yards of the line of scrimmage.

Theoretically, this new format should give kick returners much more room to operate and, in turn, increase the benefit of having a top-tier one like Patterson, who’s seen his number of returns drop from 43 in his rookie year to 19 in 2017.

“Every year, they stop trying to kick it to me,” he groused.

Assuming Patterson makes the Patriots’ 53-man roster — no guarantee given their wealth of talent at wideout — we suspect that will change this year, though kickers surely will do whatever they can to keep the ball away from the man who leads all active players in kick return touchdowns (five).

Beyond returns, Patterson has seen reps as a punt gunner during organized team activities and minicamp and plenty of targets as a receiver. It will be interesting to see whether Patriots coordinator Josh McDaniels can unlock his offensive potential.

“All the players that have been here this spring have improved and worked hard to make progress. (Patterson) is certainly in that group,” said Patriots coach Bill Belichick, who typically avoids praising individual players at this time of year. “I’m glad we have him. He’s good to work with. He’s a talented player.” 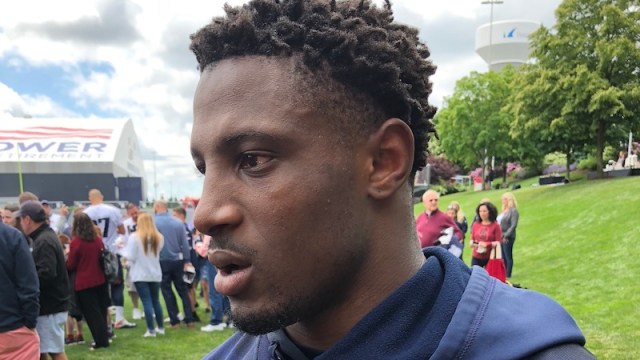 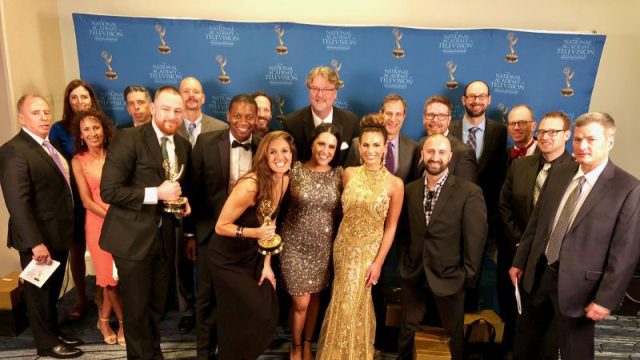