Gillette Stadium could be a center of soccer eight years from now if FIFA votes for North America.

World soccer’s governing body will determine the host of the 2026 FIFA World Cup on Wednesday by vote of its member nations. A joint United States/Mexico/Canada bid is running against Morocco for the right to host the tournament, and the home of the New England Patriots and Revolution is among the 23 potential North American game sites.

If the so-called “United Bid” prevails, FIFA and the United Bid Committee will eventually narrow the 23 potential host cities to a final group of 16. The process is expected to run through 2020.

The 2026 World Cup likely will be the first under the expanded 48-team format.

Foxboro, Mass., staged games at the 1994 FIFA World Cup at the now-demolished Foxboro Stadium. Gillette Stadium has hosted a number of high-profile soccer events since it opened in 2002, including the MLS Cup, international exhibition games, International Champions Cup games and Copa America contests. 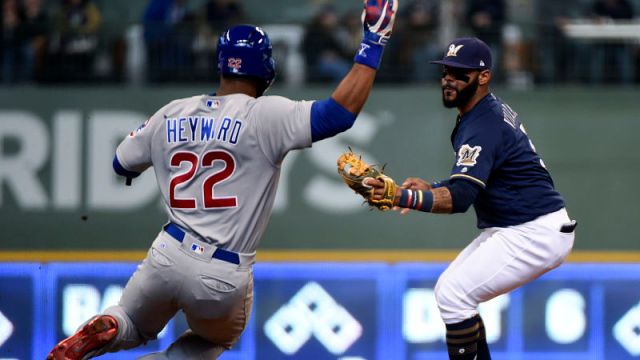 MLB Bet Of The Day: Brewers, Cubs Kick Off Huge Series In Milwaukee