Why Proposed Jaylen Brown-To-Mavericks Trade Would Be Dumb For Celtics - NESN.com Skip to content

The offseason has arrived for 28 of the 30 NBA teams, meaning trade rumors and/or speculation already are running rampant.

And, per usual, the Boston Celtics are in the middle of all of it.

Last week, Sporting News’ Sean Deveney reported the Celtics have interest in trading up in the 2018 NBA Draft to select Texas big man Mohamed Bamba. Deveney then speculated that Boston, which holds the No. 27 pick in the draft, could offer a package centered around guard Jaylen Brown to either the Memphis Grizzlies or the Dallas Mavericks, who hold the No. 4 and No. 5 picks in the draft, respectively.

Dallas Basketball’s Mike Fisher reacted to Deveney’s report and idea with a theory of his own Sunday morning: Dallas would counter Boston’s Brown offer with a proposal centered around star forward Jayson Tatum. Then, on Monday, The Athletic’s Tim Cato cited a Mavericks source in reporting that Dallas, in fact, would counter Brown with Tatum.

Cato also said the same source told him the Mavs would be “unlikely to do the Brown deal in any scenario.”

I'm told the Mavericks would be "unlikely to do the (Jaylen) Brown deal in any scenario," given how many prospects they like in the 3-8 range.

It’s also worth noting all aforementioned parties theorized neither the Grizzlies nor the Mavs would be interested in C’s guard Terry Rozier, as both teams already have established point guards; Memphis has Mike Conley Jr., Dallas has Dennis Smith Jr.

Doubly worth noting: There are no concrete reports of the Celtics shopping players or reaching out to the Grizzlies or the Mavericks — or any NBA team, for that matter.

So, should Boston use Brown as a chip to move up in the draft and select Bamba?

Listen, we’re not saying Brown (or Tatum) should be considered untouchable. If the likes of Anthony Davis, Karl-Anthony Towns or Kawhi Leonard land on the trading block, then the Celtics should consider parting with one of their young studs to acquire legitimate franchise-altering talents.

(We know, Tatum has “superstar” written all over him, and Leonard currently has a heap of red flags dangling from his injured calf.)

But the still-asset-rich Celtics, if they really want to land Bamba (think of all the amazing “La Bamba” marketing possibilities), should be able to strike a deal without moving Tatum or Brown. They could have four first-round picks in next year’s draft, with the very-real possibility that three fall within the top 15. And one of those picks, which belongs to the Grizzlies, has a sneaky-good chance of being a high (like, high) lottery pick in 2021.

Plus, it’s not like the Celtics don’t have other tradable players on the roster. After all, Guerschon Yabusele is the French Draymond Green (with a killer 3-point celebration), and Abdel Nader occasionally converts on baseline drives to the basket in garbage time.

To recap: The Celtics should not trade Brown for the opportunity to pick Bamba. And if they really want Bamba, they could easily craft a deal without subtracting from a roster that just reached (though ultimately choked in) Game 7 of the Eastern Conference finals.

Or, you know, they could role the dice with the team they already have — which might be the best idea of all. 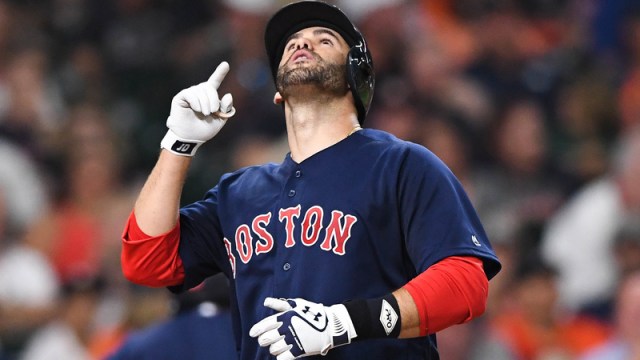 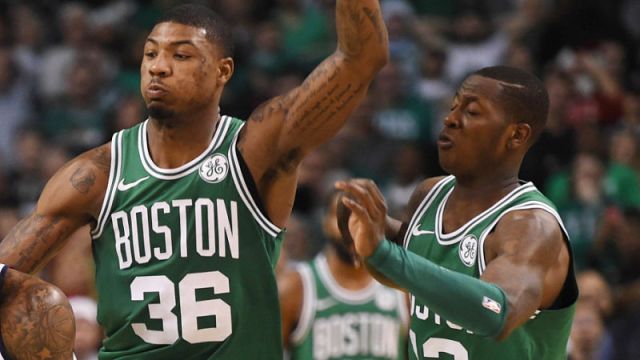