You’ve got No. 24 Stephon Gilmore at cornerback, No. 32 Devin McCourty and No. 23 Patrick Chung at safety, No. 98 Trey Flowers at defensive end, No. 54 Dont’a Hightower at linebacker and No. 65 J.C. Jackson at cornerback.

With prospective starter Jason McCourty remaining on the sideline for drills, the Patriots seem to be holding an open competition for the spot across from Gilmore. Eric Rowe, Jomal Wiltz and Ryan Lewis have seen reps there, but it’s mostly been Jackson, an undrafted free agent out of Maryland who’s donning No. 65 because rookies still haven’t been given permanent numbers.

Jackson’s former college teammate and fellow rookie Duke Dawson, a second-round pick out of Florida, mostly has stayed in the slot.

Jackson’s smile spoke a thousand words when asked what it’s been like playing with starters early in his NFL career, but what came out of his mouth sounded like a Patriot.

“You’re just getting better every day, man,” Jackson said Wednesday. “Competing with those guys, it’s a good feeling. But you’ve just got to come out here and work every day.”

Jackson was projected as a mid-round pick in the 2018 NFL Draft, but it seems off-field issues forced him to go undrafted.

Jackson was arrested for armed robbery in April 2015 after his freshman season at the University of Florida. He was found not guilty, but he was dismissed from the Gators program. He wound up at Maryland after a year at Riverside City College. The Patriots took a flier on him after he went through the draft unclaimed.

“I’m at a great place (now),” Jackson said. “I’ve got a great opportunity ahead of me. I just gotta keep working and improving every day.”

Jackson was certainly talented enough to be selected in the draft. He let up just 35 catches on 61 targets for 414 yards with four touchdowns and three interceptions for a 79.5 passer rating against in 2017. He ran a 4.46-second 40-yard dash with a 6.92-second 3-cone drill during predraft testing at 5-foot-10, 201 pounds.

He doesn’t look out of place in the starting defense through two weeks of practice. He had a pass breakup Wednesday and is sticking with some of the Patriots’ top receivers, like Chris Hogan, Jordan Matthews and Julian Edelman.

“It turns your competitiveness level up,” Jackson said. “Those guys are great. They’ve been in the league, so it’s just a good feeling. I love coming out and practicing with those guys.”

There’s a long way to go before the 2018 season starts, but as of now, Jackson is the favorite among undrafted free agents to crack the Patriots’ 53-man roster.

The Patriots have had a history of success with undrafted cornerbacks, from Randall Gay to Kyle Arrington, Jonathan Jones and Malcolm Butler. Jackson came to the right place, and his decision to join the Patriots is paying off thus far. 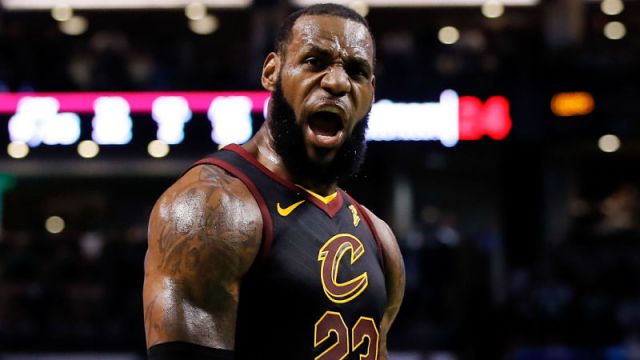 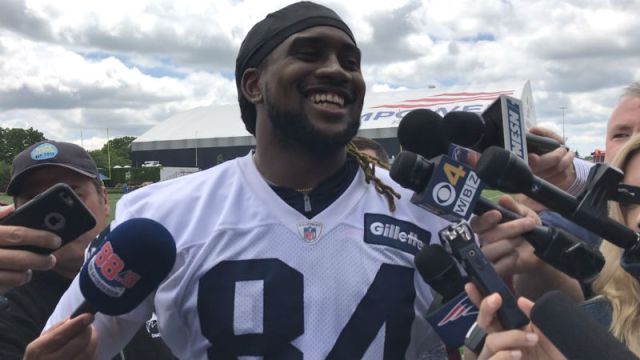 Cordarrelle Patterson Could Be X-Factor For Patriots After Kickoff Revamp