I have a dumb take on Julian Edelman’s four-game suspension, and I’ll share it if you promise not to freak out.

If Edelman did take performance-enhancing drugs to recover from his torn ACL, then it’s kind of smart.

Players rarely come back in their first season after a torn ACL as the same player. So, if Edelman gave himself some help to recover plus four more weeks to rehab, then it’s not the worst idea to take the four-game ban and be at an even better place physically for 12 regular-season games and the playoffs.

I mean, I warned you it was dumb.

Berrios/Matthews/McCarron – who is your prime candidate to take Edelman?s reps in weeks 1-4?
— @JBoss_
This is a complicated question because Edelman wears a lot of hats. In two-receiver sets, Edelman projected as the Patriots’ Z receiver. In three-receiver sets, he projected as the top slot option, and he might have been the team’s top punt returner this season too.

It’s further complicated by the fact that Danny Amendola and Brandin Cooks are gone.

It’s safe to assume Hogan will be a starter. He can play X, Z or in the slot, so the simplest answer is he will likely be Edelman’s replacement as quarterback Tom Brady’s top target at wide receiver.

Britt has the most experience playing X. So, if he’s in the starting lineup, then Hogan could move to Z or the slot. Dorsett is more of a Z receiver, Matthews and Mitchell can play all three roles, Patterson is more of a gadget player and Berrios and McCarron are slots. Slater is a special teamer, and Hollister is a longshot to make the roster.

I’d try to get Britt and Matthews up to speed as the No. 2 and 3 receivers. They have the most past success and have looked solid in spring practices. I’m not as high on Dorsett as some other reporters. I just can’t tell what he offers that Britt and Matthews don’t with less height.

It seems like a lot to ask for Berrios or McCarron to step up immediately as slot options in the Patriots’ offense. That’s an important role, and it requires a lot of trust from Brady. If they have strong training camps and preseasons, then it’s possible, but it’s a big ask.

I’m not counting on Mitchell for anything until I see him on the field in Week 1. He hasn’t participated in a single open spring practice, and he missed all of last season with a knee injury.

As for punt return duties, Berrios, McCarron, Hogan, cornerback Cyrus Jones and safety Patrick Chung are options. It seems unlikely the Patriots would go into the season with Chung or Hogan as their top punt returner. So, one of Berrios, McCarron or Jones should make the roster. Berrios is the best bet as a 2018 sixth-round pick.

No one player will replace Edelman. He does too much. But the Patriots are well-equipped at wide receiver. They were smart to keep adding pieces this offseason.

Matthews at $1 million is looking smarter by the day. He’s the first player on the practice field, and he stayed after on Wednesday to work with Brady.

He’s also a very nice guy, for whatever that’s worth.

I’ll be serious for once… how has Etling looked so far?
— @DeeepThreat
Rookie quarterback Danny Etling looks a lot better than I thought he would. I guess it’s possible he stinks in the practices closed to the media, but he has yet to throw an interception in front of reporters through five practices. Backup Brian Hoyer has three interceptions in that same span. Brady had none in three minicamp practices.

We’ll see how Etling plays when real pressure is bearing down in the preseason, but his mechanics look a lot better than they did in college, and he’s got a strong arm.

It?d likely be a futile exercise, but could you possibly rank the CBs on how you see their likelihood of making the roster at this point? Curious how JC Jackson, Ryan Lewis, Cyrus, and Jon Jones are stacking up against one another.
— @colasante
Jeez, that’s tough to say, because Jason McCourty, Keion Crossen, Cyrus Jones and Jonathan Jones are all limited in practice.

I’d still assume those top five cornerbacks make the roster. But when I do a 53-man roster projection, Jackson will be on it too. It’s definitely notable that Jackson is getting more reps in the starting defense than Rowe. I’m just not quite ready to put him over Rowe at this point. It is June 8, after all.

Things could shake out much differently by September. Crossen was very good in the lone practice he participated in open to the media, and Lewis has been solid through three weeks. Cyrus has a stronger shot than Lewis because of his return experience.

I?m just curious on how JC Jackson is doing in camp? Any update you could share with us?
— @patsenforced12
Really insanely surprisingly good. He was targeted three straight times by Hoyer on Thursday, and he forced incompletions on all three attempts.

Jackson is lining up across from Gilmore in the top defensive unit and definitely doesn’t look out of place. It’s not crazy to say he could be the next Malcolm Butler as an undrafted free agent with off-field problems that could thrive as a potential future starter.

Do you think B-Flo will use Hightower on the edge more this year and let Van Noy do more of the play calling?
— @denverfog
Dont’a Hightower has been playing middle linebacker thus far in spring practices, and that’s where I would keep him. I think the Patriots have enough depth on the edge with Trey Flowers, Adrian Clayborn, Derek Rivers, Deatrich Wise, Harvey Langi, Keionta Davis and Eric Lee to keep Hightower in his more natural position at inside linebacker. Hightower is a better pass rusher when he’s blitzing and bringing different looks on third down.

Although early, the #2 TE position seems very dry and uninspiring. I don’t like the idea of Dwayne Allen being carried at a $5mil cap hit. Do you see any TE currently on another team, that could become available as a possible trade target during camp/preseason? #MailDoug
— @pats_chatter247
I can’t imagine a team being so loaded at tight end that they’d be willing to trade a tight end better than Dwayne Allen or Hollister to the Patriots.

Hollister has been very, very good in spring practices so far. I wouldn’t be surprised if he becomes the Patriots’ No. 2 tight end this season based on what we’ve seen so far in the spring. Will Tye has also looked solid. I view Allen as a safe option as the No. 2 if Hollister or Tye can’t overtake it.

It will be exciting to see Hollister in the preseason. He’s a fluid athlete who can get open and snags everything out of the air.

Which player on offence and defence will make the best ?second year? jump? My bets on Jacob Hollister and Deatrich Wise
— @jonothorpejazz
Along with defensive tackle Adam Butler, those are the only options, right? Other second-year players Cole Croston and Harvey Langi barely played last season. Derek Rivers didn’t play at all.

When Patriots finish practice with running on the hills, how big are the hills?
— @rankjas
It’s not very big or steep, but I can see how it would be a pain in the butt after a long practice.

Any thoughts on the AAF? They seem more poised than any other startup league and smart to not interfere with NFL seasons. Just had a team announced nearby, excited for the potential. #MailDoug
— @StephenPorier
I didn’t really know anything about the Alliance of American Football before you asked this, but I think it’s interesting. Its list of head coaches is hilarious: Brad Childress, Tim Lewis, Mike Singletary, Steve Spurrier, Rick Neuheisel, Dennis Erickson and Mike Martz. They’re all guys who are 15 years past their prime but also coaches you’re surprised don’t already have jobs.

I also wonder how the league will fill out its rosters. It’s going to be pro players seemingly out of the league in 2018 who won’t be signed to futures contracts in 2019. Will they be able to draft college players? Would a player be willing to be drafted into a league that starts in February, mere months after the 2018 NCAA season is completed?

I’ll watch it. It probably has a better chance to succeed than the XFL.

Will there ever be a time when the Patriots don?t have a #1 story even though similar things happen to all other teams?
— @jacob_scheck
Can you imagine if the Patriots violated OTAs rules rather than the Ravens? It would have been the biggest story of the offseason. I’d have to cancel my summer vacation to keep writing about it.

Thoughts on plastic straws?
— @cjmcmahon_NH
It’s commendable Gisele and Brady are trying to get people to stop using them. I’ll be all aboard the paper straw train when companies start providing them.

How has Braxton Berrios looked? #MailDoug
— @Chris_Chrome508
He’s been limited with an undisclosed injury. We haven’t got a good look at him yet. Check back in training camp.

@DougKyed If Julian Edelman is indeed suspended, whats the Pats record first 4 games? Has to be tough for Brady to play aged 41 without Edelman, no Dola as a safety net and adjust without Solder right? Gotta think his release time will slow down.
— @x_Wonder_Woman_
I’ll say 3-1, but I wouldn’t be surprised if it’s 2-2. 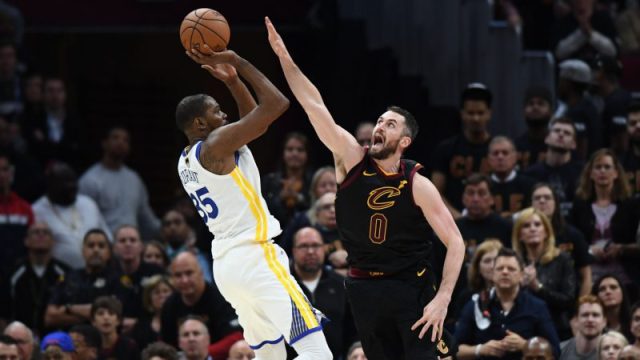 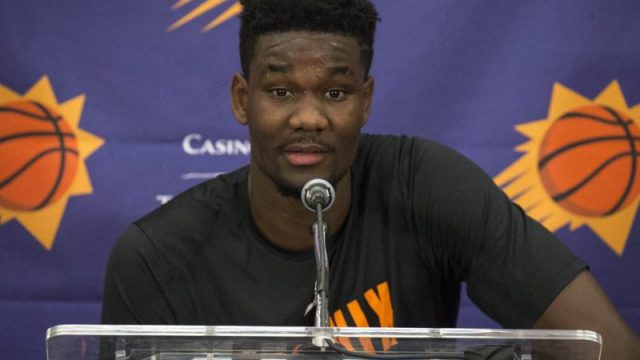