The latest conspiracy on Julian Edelman’s reported pending PED suspension would be savage even by Bill Belichick standards.

Edelman is reportedly facing a four-game suspension for failing a PED test, ESPN reported Thursday. Coincidentally, the news broke minutes after Tom Brady finished a press conference at Patriots minicamp, where he indicated he wasn’t sure whether he’d attend the remaining (voluntary) OTA practices before (mandatory) training camp begins.

The timing admittedly is odd. Edelman is reportedly appealing the suspension, and the league doesn’t officially comment on or announce the discipline until the appeal is heard, meaning this news technically got out before it was supposed to.

Enter Pro Football Talk’s Mike Florio, who on Friday morning floated his own conspiracy theory about the timing of everything.

CONSPIRACY THEORY: The Patriots leaked the looming Edelman suspension to ESPN to put pressure on #Tommy to show up for the rest of the OTAs and work with other receivers.

(We’ll go ahead and say we don’t think Florio actually believes this, either.)

That theory, as diabolical as it might seem, makes at least a little bit of sense. If the Patriots are going to be without Edelman for the first four weeks of the season, it likely behooves the team for Brady to be working with his receivers as much as possible. That’s especially true following an offseason during which the Patriots traded Brandin Cooks to the Rams and watched Danny Amendola walk in free agency to join the Dolphins. Without Edelman (or Cooks or Amendola) in the mix, there will be plenty of new faces within the Patriots’ receiving corps, and we all know how important “trust” is to Brady when it comes to his receivers.

That being said, this seems even a little too Machiavellian even for Belichick. Is it really worth potentially making the team worse for four weeks of the regular season just to pressure Brady to show up to voluntary practices? Probably not. And it’s not like Brady is incapable of performing without Edelman, his security blanket on the field. Brady is coming off an MVP season capped by a 500-yard performance in the Super Bowl … all of which was done after Edelman tore his ACL in the preseason and missed the entire season.

But conspiracy theories are fun regardless. 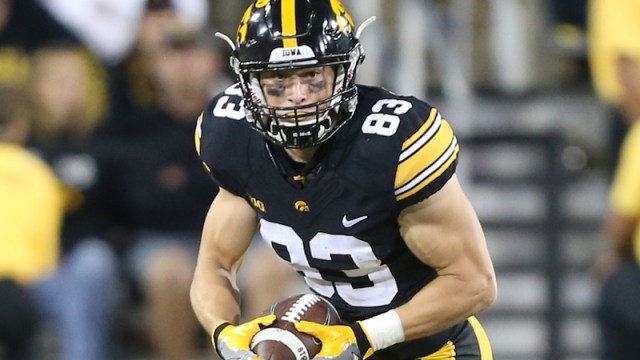 Can Patriots’ Riley McCarron Step Up After Learning From Best Slot Receivers? 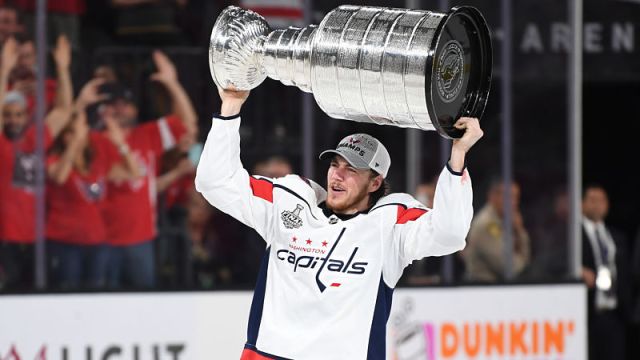 T.J. Oshie Talking About His Father After Winning Stanley Cup Will Make You Emotional