Monday’s American League East contest between the Red Sox and Orioles wasn’t exactly a masterclass in offense, but Boston did just enough to emerge victorious.

It took 12 innings before either side could score a run, but Brock Holt’s bases-loaded sacrifice fly to center field proved to be the winner as the Sox beat Baltimore 2-0 in the series opener at Camden Yards.

It was a pitchers’ duel from start to finish, beginning with both starters’ scoreless outings. Steven Wright kept Baltimore off the board over 6 2/3 innings, with Dylan Bundy doing the same over eight frames.

ON THE BUMP
— Wright turned in his second consecutive solid start as he continued his tremendous 2018 campaign. He allowed four hits with three walks and a hit batter along with five strikeouts.

The knuckleballer allowed runners to reach base in each of the first three innings but posted 1-2-3 frames in the fourth and fifth before runners again got on base in the sixth and seventh.

It was in the seventh that Wright got himself into the most trouble of the night. With two outs, the righty hit Chance Sisco, then surrendered a bunt single to Jace Peterson before walking Joey Rickard to load the bases, which in turn ended his night.

— Joe Kelly replaced Wright with two outs and the bases juiced in the seventh but struck out Adam Jones to end the frame and keep the score locked at zero.

Kelly then pitched a scoreless eighth, allowing one walk.

— Brian Johnson got two outs in the ninth before walking Peterson, ending his night.

— Brandon Workman replaced Johnson and got Pedro Alvarez to strike out to force extra innings. The righty came back out for the 10th, allowing runners to get to first and second before retiring the side.

— Heath Hembree struck out the side in order in the bottom half of the 11th.

— Craig Kimbrel struck out three and walked one in the 12th to close things out.

IN THE BATTER’S BOX
— The Red Sox came and went quietly for 10 innings, and though they put runners in scoring position in the fifth, sixth and 11th, they couldn’t cash in on any of those occasions.

— Boston loaded the bases with two outs in the 11th thanks to a single from Mookie Betts and walks from Andrew Benintendi and J.D. Martinez. But with the count 3-0, Orioles reliever Mychal Givens worked his way back and struck out Mitch Moreland to escape the jam.

— After a disappointing 11th, however, the Red Sox came around in the 12th. Xander Bogaerts led the inning off with a single to right, then moved to third on a Rafael Devers double to left-center field. Givens then hit Eduardo Nunez to load the bases.

With the bases full, Holt drove in the first run of the game with a sacrifice fly to center field. The next at-bat, Jackie Bradley Jr. knocked in another run with a sac fly to left to make it 2-0 Sox.

— Benintendi and Bogaerts each had a pair of hits, while Betts and Devers had one apiece. All other Red Sox batters went hitless.

TWEET OF THE NIGHT
Not a bad backdrop for a 12-inning game.

UP NEXT
The two sides will continue their three-game set Tuesday evening, with first pitch from Camden Yards set for 7:05 p.m. ET. Eduardo Rodriguez is expected to get the ball for Boston opposite David Hess. 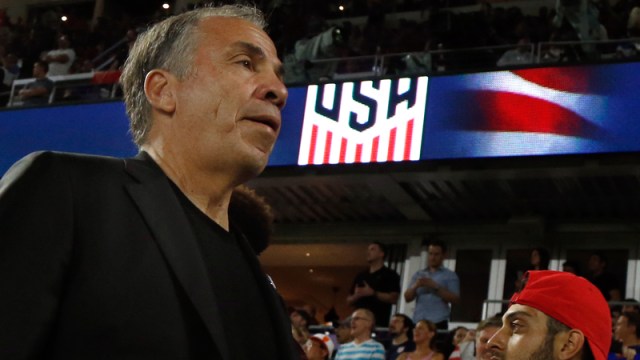 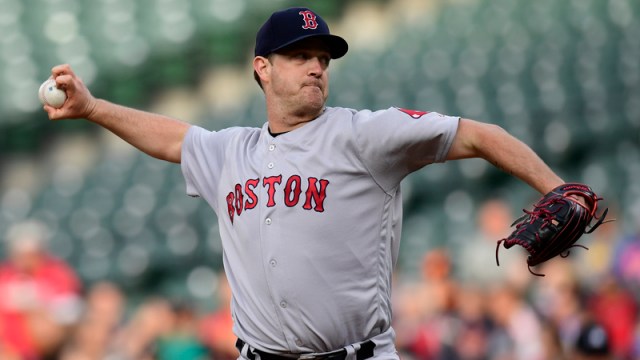