Croatia defeated the South Americans 3-0 on Wednesday in their 2018 FIFA World Cup Group D game. Croatia clinches a place in the Round of 16 with the victory, but Argentina must beat Nigeria by a large margin in its next game to survive the so-called “Group of Death.”

After a contentious, but ultimately goalless first half, the drama spiked in the 53rd minute when Croatia’s Ante Rebic capitalized on Willy Caballero’s goalkeeping error, one of the most spectacularly horrifying in recent World Cup memory.

With Argentina unable to muster a response and fading over the second half, Luka Modric effectively confirmed Croatia’s win in the 80th minute with this stunning strike.

Argentina seemingly already had given up hope when Croatia’s Ivan Rakitic tapped home this goal in the first minute of second-half stoppage time.

Rakitic adds insult to injury with an easy tap in to make it 3-0 for Croatia! pic.twitter.com/aOQgNTiUG6

Argentina’s loss was nothing short of historic.

Man of the Match: Modric arguably is the best central midfielder in the world and he played like it.

Next up: Argentina will take on Nigeria, and Croatia will face Iceland at 2 p.m. ET on Tuesday.

France edged Peru 1-0 on Thursday in their second World Cup Group C game on Kylian Mbappe’s first-half goal. Les Bleus reclaim first place in Group C from Denmark and clinch a place in the Round of 16 with the win, while Peru’s defeat ends its hopes of progressing to the knockout phase of the tournament.

We always thought this game would be tight, given France and Peru’s rankings of seventh and 11th, respectively, and the teams met our expectations. Peru played without fear, out-possessing France and creating almost as many scoring chances as its highly touted opponent.

But Mbappe made the most decisive contribution when he ran onto Olivier Giroud’s deflected effort in the 34th minute and scored what must be the easiest goal of his career.

What do you do when you become the youngest French goalscorer in FIFA World Cup history?

Peru’s best chance at tying the game came in the 50th minute when Pedro Aquino fired his shot off the crossbar.

France are saved by the woodwork on a SUPERB strike from Aquino. pic.twitter.com/jcJzh4xWl7

France was content to contain Peru in the second half, capably see out the game and celebrate the shutout on captain Hugo Lloris’ 100th appearance for his country.

? @KMbappe is the first #FRA player to have been born after their World Cup victory in 1998 and score a #WorldCup goal

? #PER can no longer progress out of Group C in this year's tournament.#FRAPER pic.twitter.com/9J28KrEWy9

Man of the match: We highlighted Mbappe earlier this month as a potential World Cup 2018 breakout star. He didn’t disappoint against Peru, scoring the only goal, posing a constant threat and assuming his place in France soccer history.

Mbappe has too much sauce ? pic.twitter.com/ZCYlJDpAuM

Next up: France will take on Denmark, and Peru will face Australia at 10 a.m. ET on Tuesday in the Group C finales.

10 a.m. ET, Denmark 1, Australia (Final): At first the Socceroos seemed afraid, then the Danish Dynamite became petrified, but in the end, they both survived.

Denmark and Australia played to a 1-1 draw on Thursday in their second Group C game. Australia’s Mile Jedinak scored from the penalty spot to cancel out the goal Christian Eriksen had scored earlier in the first half. Denmark remains atop Group C on the result, which also preserved Australia’s hopes of reaching the Round of 16 heading into the final game of pool play.

Eriksen signaled his enduring importance to Denmark when he put his team in front just seven minutes into the game.

The pass: ?
The goal: ?
The knee slide: … pic.twitter.com/0JTLcmMOnh

18 – Christian Eriksen has been directly involved in 18 goals in his last 15 appearances for Denmark (13 goals, 5 assists). Pivotal. #DEN #DENAUS #WorldCup

After starting brightly, Denmark lost attacking thrust and squandered a few chances as the first half progressed. Meanwhile, Australia capitalized on its opponent’s leniency by growing into the game.

Then the Aussies pressured Denmark into a game-changing mistake in the 36th minute, as Yussuf Yurary Poulsen committed a handball inside his own penalty area. In typical World Cup 2018 fashion, the referee used video assistant referee to make the pivotal call.

Denmark goalkeeper Kasper Schmeichel did his best to psych out Australia’s Mile Jedinak, but the Socceroos’ captain kept his nerve and calmly dispatched the penalty because that’s what he does at World Cups.

Jedinak equalizes from the spot! pic.twitter.com/VcG4EhHCmc

However, the goal didn’t stop Schmeichel from playing well in the second half and denying Australia’s best scoring efforts, of which there were quite a few.

But neither team could score that winning goal, and both had to settle for a point apiece.

? #AUS end a losing streak of four matches at the #WorldCup#DENAUS pic.twitter.com/0qjnyXhLlb

Next up: Denmark will play France, and Peru will face Australia at 10 a.m. ET on Tuesday. 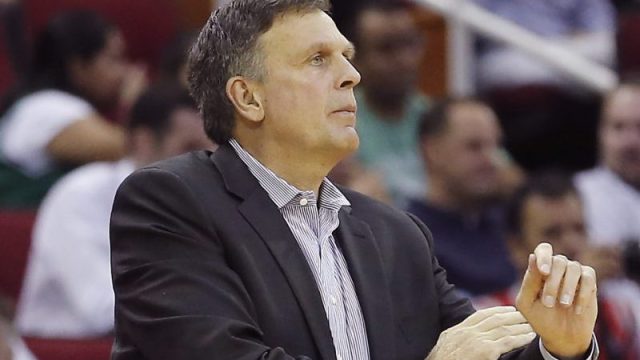 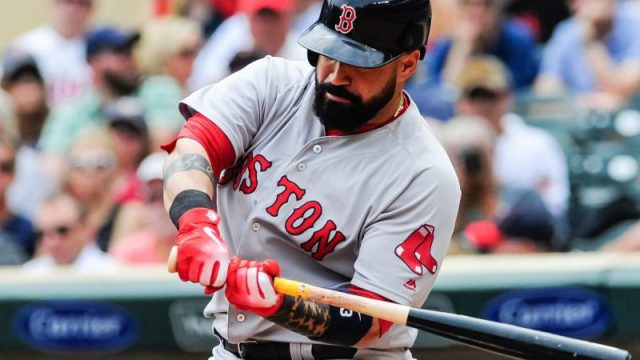