In the days and weeks leading up to the 2018 Major League Baseball non-waiver trade deadline, the Boston Red Sox certainly weren’t idle.

But when the clock struck 4 p.m. Tuesday afternoon, there was one need the Red Sox did not address: their bullpen.

Boston’s bullpen, by comparison, isn’t a train wreck. But as the age-old adage goes, any team poised to make a deep run into the postseason certainly can do themselves a favor by adding arms. After getting Steve Pearce from the Toronto Blue Jays in late June, the Red Sox did add a starter that could slot into the bullpen in Nathan Eovaldi, acquiring him from the Tampa Bay Rays. And late Monday night they acquired second baseman Ian Kinsler from the Los Angeles Angels, helping to improve their infield defense.

But that was the conclusion of the Red Sox’s moves, with many other contenders meanwhile going after some relief arms. Boston president of baseball operations Dave Dombrowski noted the Red Sox did have talks with a team about acquiring a relief pitcher he felt would upgrade the bullpen, but the team they were in discussion with decided to go in a different direction.

So why did the Red Sox ultimately stand pat when it came to adding a reliever? Below is a transcript of Dombrowski’s thorough explanation.

“Well first of all we improved our club in a lot of other directions and we kept thinking in our own internal conversations we had, we really felt the other areas of improvement were more significant for us. So when we got Eovaldi that was really the top for us was to get a starter that we think can slide into the bullpen if we need to at a later time.

We talked about bullpen or improving our defense in the infield at second base, we felt that second base was more important for us with the defensive aspect of it. And really, and I know people keep talking about it, you always can have more bullpen pieces. I mean that is one thing about it and there is no perfect club out there, but we think realistically that our bullpen’s pretty good. And some of the additions that we think the improvements can come from within. So when you start looking at players outside the organization that were available, we think we have comparable players internally in most cases.

We have three guys in particular, Tyler Thornburg has thrown the ball extremely well. He keeps getting better and better. He’s healthy and he’s in a position where we think he’s going to continue to get better. He’s touching the mid-90’s with a good curveball and changeup. Really it’s hard to find a guy better than that at this point. You look at — and sometimes what’s difficult is it’s the name rather than the performance that people look — so Thornburg at this time is not very highly known. (Ryan) Brasier has thrown the ball great for us, I mean he’s touching 99 last night with a good slider. And when you’re saying ‘OK where are you going to get somebody that’s better than him,’ we really couldn’t find it. And we all know the importance of Joe Kelly, we think we’ve found something mechanically. The last two outings have been good once again.

We also think that internally we’re in a position where we’re going to get some of our starting pitchers back. We think we’re going to get Rodriguez back, we think that we have a chance to get Steven Wright back, that can help us in the bullpen too. So we didn’t think there was a significant upgrade.

Now, we had our hands involved in a lot of different things, we had conversations all over the place, we were watching everybody. And there really was a combination of factors. One was some of them we didn’t think was an improvement, some of them we didn’t like the asking price for a couple of guys that we did think was an improvement. Thirdly, a couple of times they went in a different direction, but that was really the combination of factors.”

Indeed, the Red Sox are putting a good bit of faith into a number guys panning out — both in the rotation and bullpen. If it does work out they will have some formidable pitching. But if it doesn’t, it will be fair to wonder if Dombrowski and Co. should have attempted to do more this July. 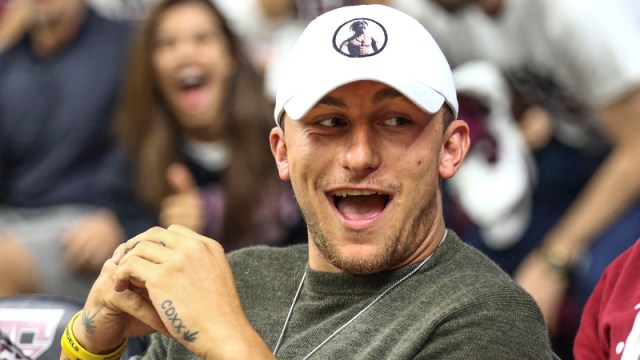 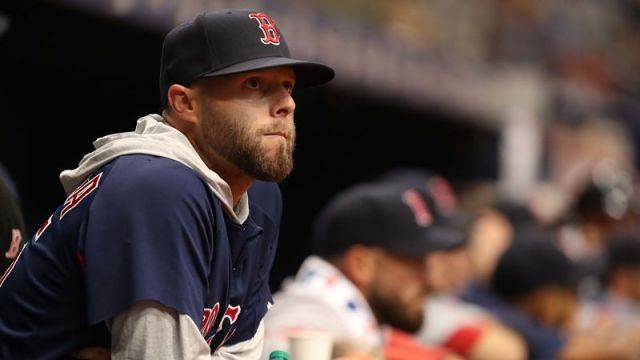