Chris Sale picked up right where he left off before the Major League Baseball All-Star Game.

Not only was he dominant in Sunday’s win, Sale has been spectacular over his last eight outings, posting an impressive 0.83 ERA with 87 strikeouts and just 10 walks in that stretch, according to MLB.com’s Ian Browne.

“He was outstanding on the mound,” Sox manager Alex Cora said after the game, as seen on NESN’s postgame coverage. “But I think for what we’re trying to accomplish with him, it was a great day.”

Sale not only continued his dominant season Sunday, he added an impressive stat to his career résumé when he became just the third Red Sox pitcher in franchise history to record 500 strikeouts over two seasons, joining Pedro Martinez and Roger Clemens.

But Cora compared the lefty to another pitcher who had an impressive career.

“I’ve been saying in the last, what, month, he’s reminded me a lot of Randy Johnson,” Cora said. “And the thing with Randy, it looked like he was always grinding, with him (Sale), it looks effortless right now.”

Here are some other notes from Sunday’s Red Sox-Tigers game:

— Mooke Betts now has reached base in 22 consecutive games.

— J.D. Martinez knocked in his 81st RBI of the season on a sacrifice fly. He leads the league with that number, nine more than Cleveland Indians third baseman Jose Ramirez.

— Sox coaches Dana LeVangie and Craig Bjornson said they believe they saw what was mechanically off with Tyler Thornburg and worked with him on it during Sunday’s rain delay.

It seemed to have worked after the relief pitcher closed out the game with a seven-pitch, 1-2-3 ninth.

— The Red Sox are the first team in MLB to reach 70 wins.

“He’s in a good place. We start looking at the numbers the last 15,20,25 games, he’s been an above-average hitter at the big-league level,” Cora said. “I do feel now … he can do damage any time he’s at the plate. He’s been able to drive the ball to center field and to left center. Not too many ground balls into the shift, so, he stayed with it … he’s been consistent.”

— Boston now is 47-5 when it scores first against its opponents. 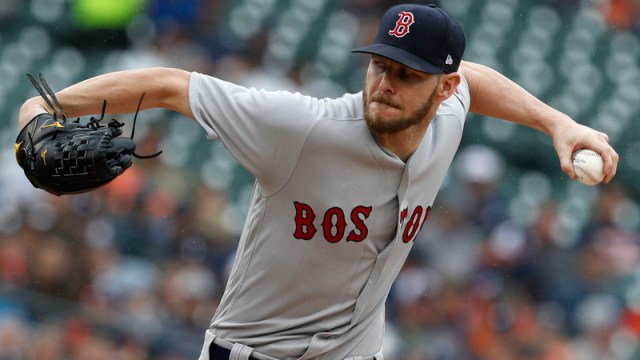 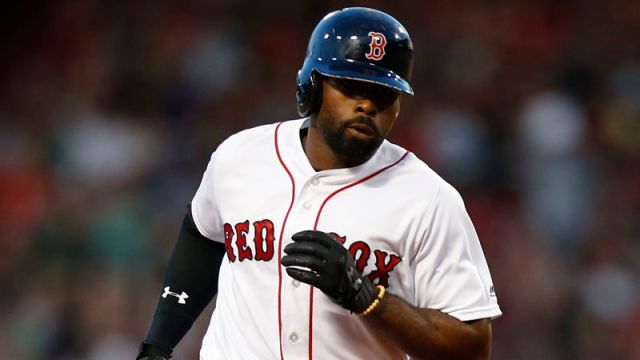