The Boston Red Sox will welcome the New York Yankees to Fenway Park on Thursday for the beginning of a four-game set that could have huge implications for the American League East race.

After Yankees right-hander Sonny Gray was pummeled by the Baltimore Orioles and subsequently booed off the mound at Yankee Stadium on Wednesday, New York will enter the series 5 1/2 games back of Major League Baseball’s best team.

Yankees general manager Brian Cashman is certain his team is the only one that has given the Red Sox fits this season, and the Bronx Bombers will have to prove him right in order to trim Boston’s division lead.

With that being said, here are the pitching matchups for the crucial four-game series:

Game 1: Brian Johnson (1-3, 3.45 ERA) vs. CC Sabathia (6-4, 3.53 ERA)
The Red Sox were expected to trot out Chris Sale to begin the series, but the left-hander was placed on the 10-day disabled list with left shoulder inflammation, so Johnson will get the nod. Johnson has been stellar as a starter this season, posting a 1-1 record with a 1.80 ERA in six starts. New York will counter with the veteran Sabathia, who has struggled over his last three starts, going 0-1 with a 6.46 ERA. He is 1-0 with a 4.09 ERA against the Red Sox this year.

Game 2: Rick Porcello (13-4, 4.03 ERA) vs. Luis Severino (14-4, 2.94 ERA)
A Friday night showdown at Fenway Park will feature the 2016 AL Cy Young Award winner and one of the best young pitcher’s in the game. Porcello has been consistent for the Sox all season but has posted mixed results against New York this year, going 1-0 with a 3.65 ERA in two starts this year. In his last start, he gave up five runs in 5 1/3 innings. The Yankees will turn to their ace in Game 2, hoping he can right a ship that his hit the rocks recently. The 2018 All-Star has gone 1-2 with an 8.84 ERA in his last four starts.

Game 3: Nathan Eovaldi (4-4, 3.80 ERA) vs. J.A. Happ (11-6, 4.05 ERA)
Boston’s trade deadline acquisition was dominant in his Red Sox debut. Eovaldi tossed seven shutout innings in a win over the Minnesota Twins on Sunday, and he’ll look to further ingratiate himself with Red Sox Nation by shutting down a Yankees offense that will be without Aaron Judge and Gary Sanchez. Happ, who the Yankees acquired before the deadline, was diagnosed with hand, foot and mouth disease Tuesday, but is expected to make the start. The last time he faced the Red Sox, Mookie Betts won an epic 13-pitch battle by crushing a grand slam off the left-hander.

Game 4: David Price (11-6, 3.97 ERA) vs. Masahiro Tanaka (9-2, 3.84 ERA)
Price’s last start against the Yankees was abysmal, but the left-hander has bounced back surrendering only seven runs in the four starts since the July 1 loss to New York. The left-hander tossed a gem in his last start against the Philadelphia Phillies, allowing one run over eight strong innings. The Yanks will close the series with Tanaka who has been nails of late, going 2-0 with a 1.75 ERA over the past 28 days.

Advantage: Red Sox. Even without Sale, the Red Sox will send two of their top three pitchers to the hill during the series. If Tanaka and Severino had been their normal selves over the last month the Yankees would have the edge, but with those two struggling, the Sox have a slight advantage. 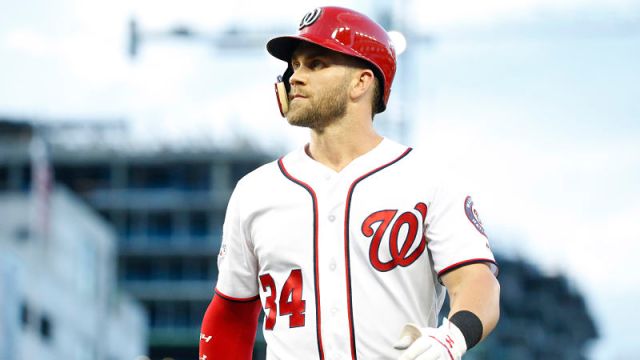 MLB Rumors: This Team Was In ‘Deep Conversations’ About Bryce Harper Trade 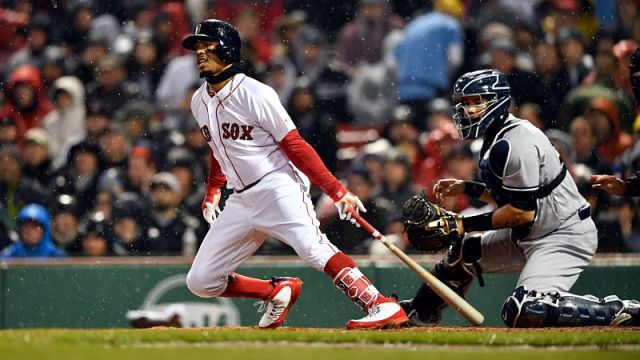