How Will Patriots Respond Vs. Dolphins After Rare Two-Game Losing Streak? - NESN.com Skip to content

The Patriots, who are coming off losses to the Jacksonville Jaguars and Detroit Lions that dropped them to 1-2 on the young season, have not lost three consecutive games since 2002 — Tom Brady’s second season as a starter and Bill Belichick’s third as Patriots head coach. They’ll look to extend that streak Sunday when they welcome the 3-0 Miami Dolphins to Gillette Stadium.

Ahead of that game, we took a look back at the few times since 2002 the Patriots have suffered back-to-back defeats to see how they typically respond in this situation. A clear trend emerged: After the Pats lose two straight, they tend to win big the following week.

2015
The losses: The Patriots lost back-to-back in Weeks 12 and 13: at the Denver Broncos 30-24 in overtime to halt their bid for an undefeated season (the Chris Harper muffed punt game) and at home against the Philadelphia Eagles 35-28 (the Nate Ebner drop kick game).

The response: New England waxed the Texans 27-6 in Houston in Week 14, then easily dispatched the Tennessee Titans at home 33-16. The momentum wouldn’t last, though. The Patriots proceeded to drop both of their final two regular-season games (the Matthew Slater coin toss game against the New York Jets and the Steven Jackson game in Miami) to lose home-field advantage in the AFC playoffs. As a result, their rematch with Peyton Manning’s Broncos in the AFC Championship Game was held in Denver. The Patriots lost 20-18, and the Broncos went on to win Super Bowl 50.

2012
The losses: This was the last time the Patriots began a season 1-2. After beating up on the Titans in Week 1, they suffered a stunning 20-18 home loss to the Arizona Cardinals after Stephen Gostkowski missed a potential game-winning field goal, then lost 31-30 to the Baltimore Ravens on “Monday Night Football” in a game best remembered for the ineptitude of the replacement refs.

The response: The Patriots beat down the Buffalo Bills 52-28 in Week 4, the first of 10 wins in 12 games to close out the regular season. They breezed past the Houston Texans 41-28 in the divisional round before losing again to the Ravens, this time by a final of 28-13 at home in the AFC title game.

2011
The losses: After opening the season 5-1, the Patriots dropped close games to the Pittsburgh Steelers (25-17 on the road) and New York Giants (24-20 at home). The latter was a wild affair that featured three touchdowns in the final 3:07, including Eli Manning’s game-winner to Jake Ballard with 17 seconds remaining.

The response: The Patriots reeled off 10 consecutive wins, with each of the first three coming by double digits. Securing home-field advantage with a 13-3 record, they blew out Tim Tebow and the Broncos 45-10 in the divisional round and squeaked past the Ravens 23-20 thanks to Billy Cundiff’s last-minute missed field goal before being suffering their second Super Bowl loss to the Giants in five years.

2009
The losses: The wheels came off for the Patriots late in the 2009 season, which was one of the most dysfunctional of the Brady/Belichick era. Two weeks losing to the unbeaten Indianapolis Colts 35-34 (the fourth-and-2 game), New England had its doors blown off by the New Orleans Saints 38-17 in Week 12, then dropped a 22-21 decision to the Dolphins on “Monday Night Football.” That loss gave them the very un-Patriot-like record of 7-5 heading into the final four games.

The response: The Patriots rebounded with a 20-10 victory over the Carolina Panthers to kick off a three-game winning streak, but the season ended with another set of back-to-back losses: 34-27 to the Texans in Week 17 (the Wes Welker torn ACL game) and 33-14 to the Ravens in the wild-card round — the earliest playoff exit of Belichick’s tenure.

2006
The losses: Two bad days for the Patriots’ offense led to back-to-back losses in Weeks 9 and 10. Brady tied his career high with four interceptions in a 27-20 loss to the Colts, and New England didn’t find the end zone until the final five minutes of the fourth quarter in a 17-14 loss to the Jets.

The response: Following the trend of other entries on this list, the Patriots asserted their dominance in their next game, destroying the Green Bay Packers 35-0. (Fun fact: Three different Patriots quarterbacks took snaps in that game, with Matt Cassel taking over for Brady in garbage time before giving way to 43-year-old Vinny Testaverde for the final few plays.) New England then proceeded to win five of its final six games and each of its first two playoff contests before falling to Manning’s Colts 38-34 in one of the most thrilling AFC championships of all time. 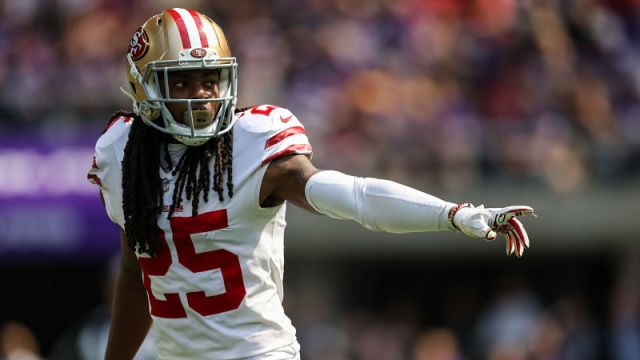