Is It Time To Worry About Chris Sale As Red Sox Prepare For Playoffs? - NESN.com Skip to content

Whether that changes by the start of next week’s American League Division Series remains to be seen, but Boston certainly needs more from its ace in order to avoid a third consecutive early exit.

Dig deeper, however, and there were some alarming trends developing for Sale, who hasn’t looked his dominant self in two months.

Here’s how his 92 pitches were broken down, according to Fangraphs.

Sale threw far fewer fastballs than normal, as the 40 percent usage rate is a sizable drop-off from the 50 percent clip for the season. Sale also threw twice as many changeups as he did on average this season.

That might not be a huge deal. Perhaps he was working on some things with the secondary offerings.

The velocity of those offerings, however, should get the antenna up. Sale’s average velocity of 90.4 mph on his fastball for the game was his second-lowest of the season. That’s part of a downward velocity trend that’s impossible to ignore and obviously coincides with a nagging shoulder issue that has dogged Sale since July. According to Brooks Baseball, Sale’s average fastball velocity for July was 97.56 mph, which was right before he went on the disabled list with shoulder inflammation.

All seemed fine when he returned from the DL on Aug. 12 and was downright dominant against the Orioles, striking out 12 in five innings with a fastball averaging 98 mph. Obviously encouraging.

But he then returned to the disabled list with the same shoulder injury, and since returning, he’s pitched just 11 innings. He hasn’t pitched into the sixth inning of a game since the first DL stint. The average fastball velocity is down noticeably at an average of 94.43 mph per fastball in September, per Brooks Baseball.

Or, put another way. “Velocity wasn?t great,” Red Sox manager Alex Cora told reporters Wednesday night, according to the Boston Herald. ?The slider, the two that he hit, but then after that, he had a few swings and misses. The changeup was OK. I was talking to (president of baseball operations Dave Dombrowski) just now, Sale?s last start in Fort Myers when he pitched against Houston and he was throwing 87, 88 mph and everyone was concerned and he got hit by a line drive. Then Opening Day happened and he pitched well. That?s what we?re looking for. Hopefully, he will find his mechanics again and he will be ready to go.”

Not exactly a glowing report.

The obvious hope for Red Sox fans is that Sale is just reining it all in before he gets to the playoffs. There’s really no point in dialing it up just to shove it up the keisters of a 111-loss Orioles team, right? Maybe this is all nothing to worry about, with Sale even calling his most recent starts “building blocks.” Plus, there’s no greater drug than playoff adrenaline.

But the Sox can only hope he’s now ready to go. He gets the ball in Game 1 of the playoffs next Friday, and given the Red Sox’s obvious bullpen issues, the Red Sox have no chance of making a deep playoff run without the version of Chris Sale that is arguably the best pitcher on the planet.

?It?s not the time to panic,” Sale said Wednesday night. “One-hundred seven wins into the season and October ahead of us, so, it is what it is. You take it in stride, try to build off of it, and just try to get better.”

Panic? No, probably not. But slight concern certainly would be justified at this point. 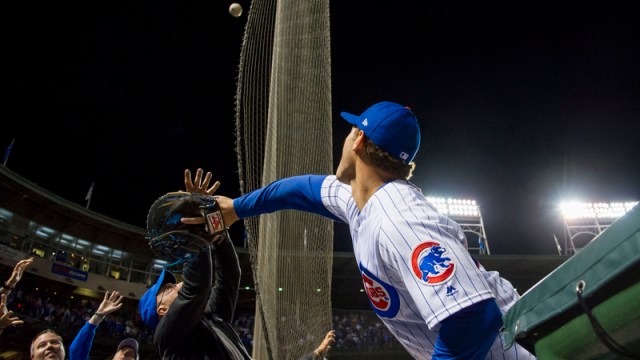 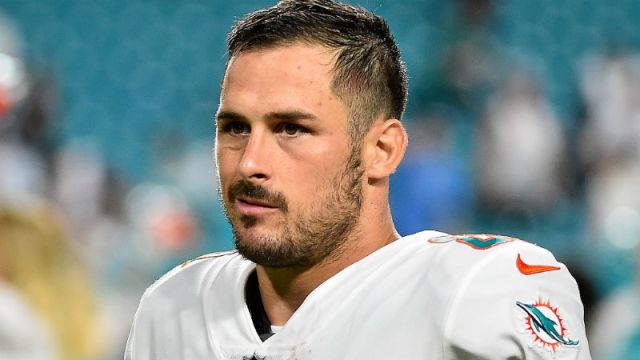 All Love For Danny Amendola, Brandon Bolden Ahead Of Foxboro Return