Things went from bad to worse for Jimmy Garoppolo this weekend.

The San Francisco 49ers star quarterback suffered a torn ACL on Sunday against the Kansas City Chiefs, and then appeared to take a social media hit from a former girlfriend.

Alexandra King, a Boston-based model who was linked to the former New England Patriots quarterback last winter, posted “Karma” with a smiley face emoji to her Instagram story shortly after the injury, per the New York Post.

King and Garoppolo were spotted at Disneyland by TMZ in March and King posted a Valentine’s Day Instagram picture of the two in February, per the NY Post.

49ers head coach Kyle Shanahan announced Monday that the quarterback would miss the remainder of the season but he’s optimistic the Northern Illinois product can make the most out of the situation.

We doubt King is as optimistic. 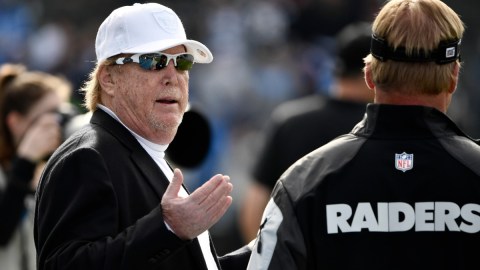