We’re into Week 4 of the NFL season where a pivotal divisional matchup will take place at Gillette Stadium, pitting the New England Patriots against the Miami Dolphins with one team trying like hell to avoid falling three games back in the AFC East.

That we’re talking about the Patriots and not the Dolphins in this situation speaks to how crazy the season has been as it approaches the quarter-pole.

Just like the Patriots need to get going, so does the NESN.com duo of Mike Cole and Ricky Doyle in the Westgate Las Vegas SuperContest, the ultimate football handicapping contest.

After another uninspiring 2-3 showing last week, Mike and Ricky need a big effort this week to climb back up the Team OddsShark standings.

Here are their Week 4 against-the-spread picks.

Stay near your phone as Sunday approaches; the Falcons might call for you to fill in on defense. Atlanta’s defense has been decimated by injuries, which makes this a tough matchup against a Bengals offense that’s averaging 6.1 yards per play, which is tied for ninth in the NFL. The Falcons, meanwhile, are just 1-5 straight-up and 0-6 against the spread in their last six games against the AFC.

It’s no surprise, but Sam Darnold hasn’t performed well when facing a pass rush (36.7 passer rating under pressure, according to Pro Football Focus), and that’s bad news against the Jaguars. Jacksonville has its own offensive problems, but this one comes down to us just not seeing the Jets being able to score much at all.

The Browns look like a much-improved team, and who doesn’t love what Baker Mayfield was able to do last week? But the Raiders have had an entire week to prepare for him, and it’s going to be a little different going on the road than slinging it in the comfort of Cleveland. Oakland can beat the Browns by at least a field goal at home, right?

Get this: The Steelers are 2-6-1 ATS in their last nine Sunday games following a Monday night game. Even at home, a short week against a conference opponent is a tough proposition, and the Baltimore defense poses a stiffer test than Pittsburgh has faced all season.

Home underdogs have been quite valuable so far this season, going 9-4 ATS. Kansas City has looked awesome — and it’s 17-1 in its last 18 divisional games — but it just feels like a point or two too much against this Broncos defense. For as good as Patrick Mahomes has been, he has made some questionable decisions with the football, which he can get away with at home against the 49ers but not so much in Denver. 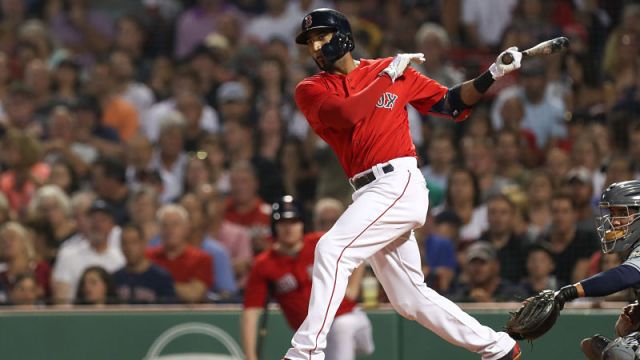