FOXBORO, Mass. — Wide receiver Josh Gordon joined the New England Patriots nearly two weeks ago but met with the media for the first time Sunday after making his team debut.

After the Patriots pretended Gordon didn’t exist for a few bizarre days, the team and league allowed the wide receiver to get settled and play a game before taking questions.

Gordon sat out Week 3 with a hamstring injury, prolonging the silence. He finally talked after catching two passes for 32 yards in the Patriots’ 38-7 win over the Miami Dolphins.

“I have no doubt I’m going to take advantage of this opportunity,” Gordon said. “I’m more than blessed. I’m extremely grateful to be put in this scenario. I think the only thing right for me to do is take full advantage of it. I’m loving it, I’m enjoying it, the guys here are great, it’s a real home environment and I feel as comfortable as ever here. It’s awesome.”

Gordon entered the league as a supplemental draft pick with the Cleveland Browns in 2012. He’s played just 42 games over the last six years after receiving several suspensions for violating the league’s substance-abuse policy. Gordon also has dealt with mental-health issues, which have brought on the drugs and drinking.

He does seem to be successfully battling those demons with the Patriots, however. Everyone’s saying all the right things about Gordon, who’s one of the best wide receivers in the NFL when he’s actually playing.

And even putting his past issues aside, it wasn’t easy for Gordon to get to the point of being able to play in the Patriots’ offense after two short weeks with the playbook while dealing with a hamstring injury.

“It took a lot of effort and time and work put in studying,” Gordon said. “All around, just a concerted effort from the training staff and what I could do on my end and try to make it work. But, it was an awesome experience and I really enjoyed it and a great opportunity.”

Quarterback Tom Brady made it a point to come over and congratulate Gordon after he broke tackles on a 19-yard gain late in the third quarter of Sunday’s game. Brady’s been supportive of Gordon since he arrived in a trade with the Browns.

“I mean, it’s awesome, just period, catching a pass from Tom at any point in time,” Gordon said. “He’s been rooting for me, and it’s been awesome to have his support and his love, as well as the rest of the teammates and staff here. You know, Tom’s a passionate guy and I love that, and I love the game of football and I think we’re going to mesh just fine.”

The Patriots’ offense has limitless potential based on Gordon’s involvement. They scored 38 points with a limited Gordon and without suspended receiver Julian Edelman. If Gordon can play like he did in 2013, when he led the NFL in receiving yards, or even 2017, when he had 335 yards in five games, then the Patriots’ wide receiver woes will officially be solved. But that’s always a big if given Gordon’s past issues.

If there’s a locker room that can give Gordon the support system he needs, however, it’s the Patriots’. 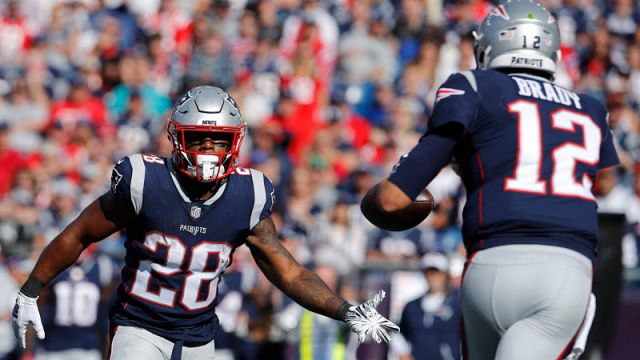 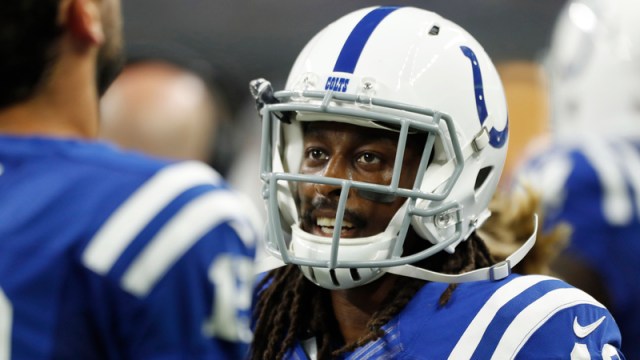 Colts’ T.Y. Hilton Likely Out Thursday Vs. Patriots Due To Hamstring Injury