Brady is 3-of-13 for 83 yards with an interception on passes 20 yards or over this season. He hasn’t completed a deep pass since the Patriots’ Week 1 win over the Houston Texans.

While Brady’s 23.1 deep accuracy percentage isn’t a complete anomaly over the first three weeks of the season, it’s a precipitous fall from 2016 and 2017.

So, what’s going on here? Is it inaccuracy? Lack of arm strength? The Patriots’ lack of weapons?

Brady attempted five deep balls Sunday night in the Patriots’ 26-10 loss to the Detroit Lions. He didn’t complete any, and one was intercepted. — Brady’s first deep attempt came on third-and-10 with 2:21 left in the third quarter. Brady went through all of his progressions, saw every other wide receiver covered and threw up a prayer to a double-covered Rob Gronkowski down the right sideline. Gronkowski laid out for the errant pass but couldn’t haul it in. — Brady’s second deep attempt came on first-and-10 with 12:37 remaining in the fourth quarter. Brady was flagged for intentional grounding because he overthrew Cordarrelle Patterson and Phillip Dorsett by over 30 yards. It’s unclear whether Brady thought Dorsett or Patterson would run a deep route, but both had already turned toward the middle of the field when Brady cocked back to throw. Brady chalked it up to a “lack of communication.” — Brady’s third deep pass came on second-and-8 with 7:39 left in the fourth quarter. It was picked off by Lions cornerback Darius Slay. The Patriots ran play action with only Chris Hogan and Dorsett running routes. Brady saw there were two defenders around Hogan and blindly chucked it up to Dorsett, who never seemed to track the ball through the air. He was still running downfield when Slay leaped up and snagged the ball out of the air. — The Patriots were in true desperation mode on Brady’s fourth and fifth deep attempts, which came on back-to-back plays. The first was on third-and-12 with 3:29 left in the game. Brady fired a deep pass to Dorsett down the middle of the field. Lions linebacker Jarrad Davis got a hand on the ball, rerouting the pass into the dirt. Dorsett almost came down with the catch, but the hit the ground as he tried to haul it in. — Brady’s final deep attempt came on fourth-and-12 with 3:23 left in the game. Dorsett did a better job of tracking this ball and briefly slowed down in an attempt to not overrun it, but that allowed the Lions defender to catch up. The ball landed in front of Dorsett, though it was ultimately underthrown. If Brady put more air under the ball, it’s possible Dorsett could have outrun the defender. Dorsett could have done a much better job of controlling his speed to haul in the pass.

Brady’s deep ball issues mostly come down to shallow personnel (surprise, surprise). Brady’s forcing his deep throws when no one else is open. Brady did miss on two intermediate throws early in the game that traveled over 15 but less than 20 yards through the air. The balls were thrown behind Hogan and Dorsett.

Brady was 8-of-13 on deep balls to Gronkowski and fellow tight end Martellus Bennett in 2016. He was 8-of-10 to Hogan, 2-of-5 to Malcolm Mitchell, 4-of-16 to Julian Edelman and 0-of-1 to Danny Amendola and Michael Floyd that season.

Teams had to respect the shallow part of the field more in previous seasons with Edelman and Amendola in the offense. It’s likely Brady’s deep ball will improve this season when Edelman returns and Josh Gordon debuts. Both players should take attention off Gronkowski. That should allow more deep open field for Gronkowski, Hogan, Gordon and maybe even Patterson and Dorsett.

More notes from our film review:

— The Patriots’ rushing attack is a mess right now. The Patriots’ offensive line isn’t getting a push, rookie running back Sony Michel still isn’t showing much burst or ability to make defenders miss and Rex Burkhead is constantly injured. Burkhead suffered his third injury of the season (knee, concussion, neck) on Sunday. The Patriots’ offense is also too predictable right now. When Michel is on the field, he’s probably getting the ball. Edelman and Gordon should help propel the entire offense, forcing the opposing team to respect the pass more.

— The Lions double-covered Gronkowski all night. Brady did a nice job of hitting his big tight end in gaps of zone coverage on Gronkowski’s infrequent receptions.

The defense also wasn’t athletic enough to handle any amount of agility from the Lions’ offense. This all allowed holes to run through and wide swaths of open space on the field. Linebacker Elandon Roberts was up-and-down on the night, but just the fact he was making impact plays, including two tackles for loss, made him one of the Patriots’ best defensive players. Another standout player was defensive end Deatrich Wise.

— Finally, the Patriots’ defense’s inability to get off the field on third down was astounding. The Patriots allowed third-down conversions of 7, 3, 2, 9, 1, 1 and 6 yards, allowing the Lions to nearly double New England’s time of possession. Combine that powerlessness to get off the field with the offense’s inability to sustain a drive, and it’s easy to see why the team is struggling. If either unit improves, then we’ll likely see overall improvement. Our guess is the offense improves first, giving the defense more leeway. 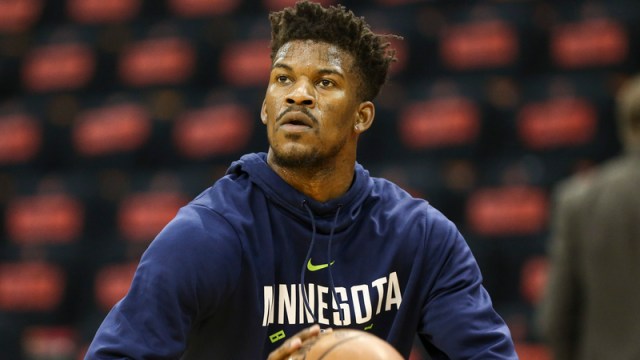