The Patriots trailed 24-3 late in the third quarter, but rallied to force two Jaguars turnovers. The first — a forced fumble by Stephon Gilmore — led to a Tom Brady touchdown pass to Chris Hogan. New England failed to capitalize on the second, with Fowler punching the ball out of Brady’s hand on third down from the Jaguars’ 24-yard line.

The Jags proceeded to add a 61-yard touchdowns pass from Bortles to Dede Westbrook to effectively ice the game.

Concussions sidelined two Patriots defensive starters, as defensive end Trey Flowers and safety Patrick Chung both left the game and did not return.

The Patriots also benched starting cornerback Eric Rowe for much of the afternoon after he allowed two long completions to Keelan Cole, including a 24-yard touchdown.

All-Pro tight end Rob Gronkowski was a non-factor for the Patriots, finishing with just two catches on four targets for 15 yards. Hogan caught both of Brady’s touchdown passes, and running back James White led all Patriots receivers with seven catches on eight targets for 73 yards.

Fourth quarter, 3:40, Jaguars 31-20: The Patriots aren’t rolling over. Chris Hogan’s second touchdown of the game brought the Patriots back to within 11.

After a successful Jacksonville challenge reversed a James White first down and forced the Patriots to punt from their own 19-yard line, Blake Bortles found Dede Westbrook for a 61-yard touchdown pass on the very next play.

Westbrook was wide open across the middle. He evaded a tackle attempt by Kyle Van Noy and then sprinted down the sideline to paydirt.

.@DedeTHEGreat11 is going ALL THE WAY to the house.

The Jaguars actually jumped offsides on New England’s punt, but no Patriots player moved to trigger the penalty. Bill Belichick could be seen screaming at special teamer Brandon King on the sideline after the play.

New England also could have gone for it on fourth-and-1.

Blake Bortles tried to scramble for a first down on third-and-5, but Stephon Gilmore stopped him 1 yard short of the marker.

It was the first sack of the game by either team. Fowler, who sacked Brady twice in last season’s AFC Championship Game, beat fill-in right tackle LaAdrian Waddle on the play.

Fourth quarter, 13:30, Jaguars 24-13: Another Patriots takeaway, this one an interception by linebacker Kyle Van Noy.

Blake Bortles tried to force a pass to tight end Austin Seferian-Jenkins. Jonathan Jones got a hand on it, and Van Noy hauled it in, giving New England the ball at the Jacksonville 25.

The Patriots were moving the ball successfully before Patterson’s stumble, which came on third-and-4. They picked up 27 yards on a nifty catch-and-run by James White.

Third quarter, 0:37, Jaguars 24-10: Shots down the field to Donte Moncrief and D.J. Chark fell incomplete, and the Jaguars went three-and-out for the first time today.

A poor punt by Logan Cooke gave the Patriots the ball back at their own 41.

Moncrief, who caught a touchdown in the first quarter, limped off the field and now is questionable to return with a knee injury.

Tom Brady scrambled 10 yards for a first down on third-and-6, Sony Michel displayed some powerful running on 15-yard rumble up the middle and Chris Hogan beat Jalen Ramsey on an in-cut for a 7-yard touchdown.

Stephon Gilmore allowed a completion to rookie wideout D.J. Chark on a slant, but then punched the ball out of Chark’s hands, resulting in a fumble that safety Duron Harmon recovered. The Patriots will take over on Jacksonville’s 48-yard line.

Jalen Ramsey matched up on Rob Gronkowski on two snaps during the brief possession and appeared to be talking plenty of trash to the Patriots tight end.

Keelan Cole beat Eric Rowe yet again for a 22-yard gain on third-and-11, and Blake Bortles later scrambled for a first down on third-and-short, juking out linebacker Kyle Van Noy in the process. Two red-zone pass breakups by Stephon Gilmore helped the Patriots hold the Jags to a field goal.

Safety Patrick Chung did not emerge from the locker room after halftime and wasn’t on the field for the opening drive of the second half. Devin McCourty played strong safety, with Duron Harmon playing free safety.

The Patriots announced Chung suffered a concussion and will not return. Defensive end Trey Flowers also officially has been ruled out with a concussion, leaving the Patriots without two of their best defensive players.

Jason McCourty remained in the game at cornerback over Rowe, who allowed the Cole catch on his only play of the series.

Halftime, Jaguars 21-3: The first half could not have gone much worse for the Patriots.

Blake Bortles capped the second quarter by throwing his third touchdown pass of the afternoon, this one an easy 4-yard throw to a wide-open Austin Seferian-Jenkins. The traffic created by Jacksonville’s bunch situation slowed down Patriots safety Patrick Chung, preventing him from tracking Seferian-Jenkins as he broke toward the corner of the end zone.

The Jaguars converted on five of their six third-down opportunities in the first half, and the Patriots’ defense has yet to hit or sack Bortles.

Second quarter, 2:45, Jaguars 14-3: The Patriots finally put together a productive offensive series, marching 83 yards in 16 plays after beginning on their own 6-yard line.

Tom Brady completed passes to Phillip Dorsett, Rob Gronkowski, Jacob Hollister, James White and Chris Hogan, and Cordarrelle Patterson added a 5-yard carry up the middle after lining up at running back for one play.

The Patriots also picked up an additional 11 yards after linebacker Telvin Smith was called for an illegal helmet-to-helmet hit on Hogan. The drive stalled at Jacksonville’s 11-yard line, though, forcing New England to settle for a chip-shot field goal.

Second quarter, 11:05, Jaguars 14-0: The Jaguars gashed the Patriots for 15 and 20 yards on the first two plays of their latest drive, but an illegal hands to the face penalty on guard Andrew Norwell a few plays later stalled their momentum.

Jacksonville punted for the first time today, with Logan Cooke pinning the Patriots at their own 6-yard line.

Eric Rowe, who was in coverage on both of Keelan Cole’s big gains earlier, was benched for this drive. Jason McCourty was in at cornerback opposite Stephon Gilmore.

Second quarter, 14:59, Jaguars 14-0: The Patriots really are trying to get Sony Michel involved early. He carried the ball twice on New England’s latest drive and was targeted on an incompletion.

The Patriots picked up one first down on a 12-yard catch and run by James White on third-and-7, but White later was bottled up on a rushing attempt on third-and-5, resulting in another Patriots punt.

The Jaguars’ second-year wide receiver made arguably the catch of the year:

Blake Bortles completed passes of 13, 17, 22 and 24 yards on the drive and also scrambled 9 yards for a first down. He’s killing the Patriots’ defense so far today.

The rookie running back split out wide to the left on his first NFL snap and caught a quick pass for 7 yards, then carried for 2 and -1 yards on the next two plays. Abry Jones sliced through the left side of the Patriots’ offensive line to drop Michel in the backfield on third-and-1.

First quarter, 7:46, Jaguars 7-0: The Patriots surrendered a touchdown on the Jaguars’ first possession, and they might have lost their best pass rusher.

Defensive end Trey Flowers suffered what appeared to be a frightening-looking head injury when his helmet collided with teammate Keionta Davis’ knee while both were attempting to tackle quarterback Blake Bortles. Flowers laid motionless on the field for several moments before walking off under his own power. He was examined inside the sideline medical tent and later exited toward the locker room.

Flowers forced a fumble earlier in the drive that was recovered by the Jaguars. He’s being evaluated for a concussion, per the team.

The Jaguars’ touchdown came via a 4-yard pass from Bortles to wide receiver Donte Moncrief, who beat cornerback Stephon Gilmore on the play. Gilmore had broken up a pass intended for Moncrief earlier in the series.

As he did during the AFC Championship Game, running back Corey Grant is giving the Patriots’ defense problems early. He caught two passes out of the backfield for 23 yards, picking up two first downs.

First quarter, 11:38, 0-0: Tom Brady hooked up with tight end Jacob Hollister on a 26-yard completion down the sideline on the game’s opening drive, but the Patriots had to settle for a long field-goal attempt after Jacksonville forced incompletions on Brady’s next two passes.

The Jaguars, who boast one of the NFL’s best front sevens, hit Brady twice during the opening series.

First quarter, 15:00, 0-0: The Patriots won the opening coin toss and, in a departure from their usual routine, chose to receive rather than defer. They’ll get the ball first as we get underway at TIAA Bank Field.

3:39 p.m.: For those of you who are interested in Tom Brady’s helmet preferences, he’s switched back to the one he’s worn for most of his career.

Tom Brady helmet update: He?s back in his old one. pic.twitter.com/C9JNByEXk3

Sony Michel and Rex Burkhead both are active today, but Kenjon Barner surprisingly is not. Barner was expected to be the Patriots’ punt returner today. Those duties now likely will fall to safety Patrick Chung, though Burkhead, Cordarrelle Patterson and Chris Hogan all practiced punt returning this summer.

Leonard Fournette officially is out for Jacksonville.

2:35 p.m.: The Jaguars will indeed be without star running back Leonard Fournette today, according to a report from ESPN’s Jeff Darlington. Expect T.J. Yeldon to get the start for Jacksonville.

Jaguars? RB Leonard Fournette will not play in today?s game, per @JeffDarlington. He will be inactive.

Rex Burkhead and Brandon King are going through a workout down on the field. King is not on the injury report. Might just be out there to help Burkhead. pic.twitter.com/YEnW2yZ3lc

1:51 p.m.: According to Pro Football Reference, the Patriots never have played in a game with a kickoff temperature above 90 degrees. It’s currently 94 degrees in Jacksonville.

1:13 p.m.: Wide receiver Corey Coleman, who signed with the Patriots on Tuesday, did not make the trip to Jacksonville and will not play today, a source told Tom E. Curran of NBC Sports Boston.

Patriots' first-round pick Sony Michel expected to make his NFL debut today, back from a knee injury, per league source.

Campbell was a first-team All-Pro last season. His 14 1/2 sacks were tied for second-most in the NFL.

8 a.m. ET: Good morning from sunny, sweltering Jacksonville, where the New England Patriots are preparing to face the Jaguars in a rematch of last season’s memorable AFC Championship Game.

The Patriots and Jaguars both sit at 1-0 after knocking off the Houston Texans and New York Giants, respectively, in Week 1, and players on both sides have said they expect this early-season matchup to have a playoff-type atmosphere.

Jacksonville returned 10 of 11 starters from last season’s suffocating defense, but they could be without star running back Leonard Fournette, who will be a game-time decision as he nurses a hamstring injury. The Jaguars promoted running back Brandon Wilds from the practice squad Saturday, putting Fournette’s status further in doubt.

The Patriots, meanwhile, have two running backs dealing with injuries, as Rex Burkhead (concussion) and Sony Michel (knee) both are listed as questionable. New England did not add an additional back to its 53-man roster this weekend, however, which strongly suggests Burkhead, Michel or both will play today.

This would be Michel’s NFL debut, as the first-round draft pick sat out the entire preseason and Week 1.

Patriots right tackle Marcus Cannon and cornerback Keion Crossen have been ruled out for the Patriots. LaAdrian Waddle will start in Cannon’s place, with Cole Croston serving as the team’s lone backup tackle after being elevated from the practice squad Saturday.

Kickoff is set for 4:25 p.m. ET. Click the link below for our full game preview, and be sure to check back throughout the day for full coverage.

Patriots vs. Jaguars preview: What to watch for >> 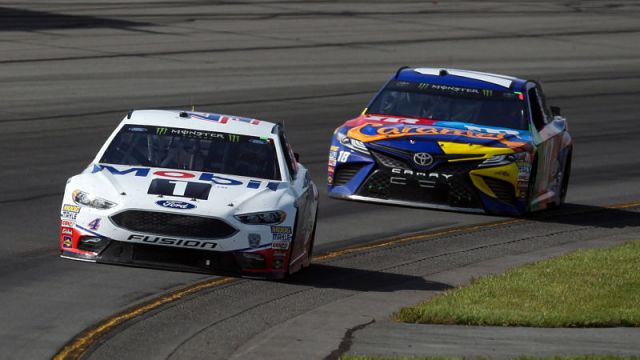 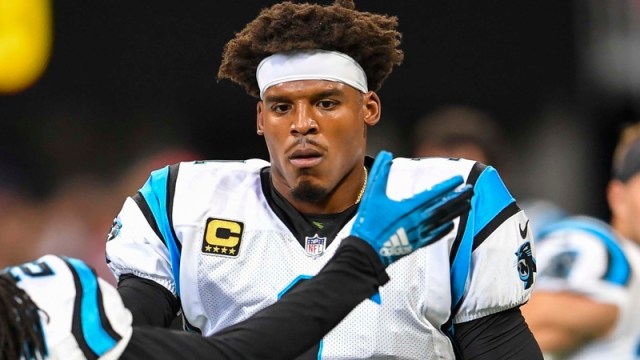