Red Sox Officially Slumping At The Plate; Is It Time To Be Concerned? - NESN.com Skip to content

The Boston Red Sox’s biggest concern entering the playoffs is obvious: It’s the bullpen, and anything else is a distant second.

For much of the season, Boston’s offense would have been nowhere near the list of concerns. It’s been a different story lately, though.

The Red Sox now are 0-for-2 in their attempts to clinch the American League East, a showing that would be right at home in the Boston batting order right now. The team has won “only” six of its last 11 games after Wednesday’s lopsided 10-1 loss to the New York Yankees in the Bronx.

Wednesday was the eighth time in that 11-game stretch Boston has scored four runs or fewer, and the Red Sox are averaging just 3.3 runs per game over that span. That’s obviously a far cry from this team’s offensive production before that point, when the Sox were averaging 5.4 runs per game.

Boston also boasted a team OPS of .793 until this slump; in the last 11 games, it’s just .660. There’s been a major power outage, too: The Red Sox are averaging a home run every other game during this 11-game stretch after hitting more than one per game before it.

This stretch would be even worse without Brock Holt, who’s hitting .400 over the club’s last 11 games with a pair of big home runs and seven RBIs.

So what do all the numbers mean? Probably not much. As has been the case with a lot of the most impressive Red Sox plaudits, it’s hard to know how much these recent struggles with affect Boston when it gets to the playoffs.

At this point, we’re all just kind of waiting for the postseason, and who knows, maybe the Red Sox are, too. They’re still professionals and no one ever wants to give away an at-bat, but the baseball season is a grind, especially when it’s all but a formality you’re going to win the division.

But the Red Sox should get used to top-flight pitching. Elite hurlers have stymied them in the last two postseasons, and it won’t be any easier this October.

That said, Boston’s offense has earned the benefit of the doubt. We should judge them on the bigger sample size while understanding slumps are an inevitable part of the sport.

The bullpen remains a bigger problem, but if the vaunted Red Sox offense still is nowhere to be found in a couple weeks, it’s going to be another early autumn exit.

NFL Rumors: Here Are Final Terms Of Patriots’ Josh Gordon Trade, Why It Was Delayed 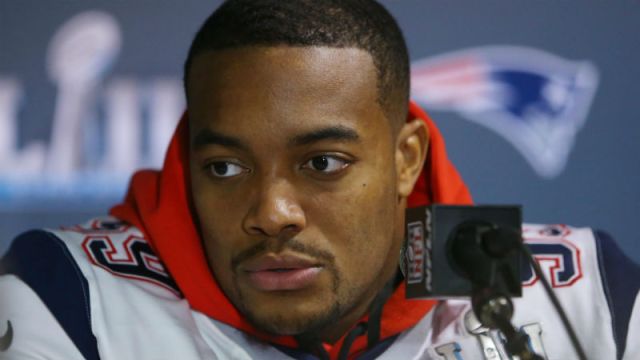