Twenty-one days. That’s how long the Boston Red Sox have to solve their bullpen issues.

Boston’s faulty eighth-inning bridge to closer Craig Kimbrel struck again Thursday. The Sox entered the inning with a 3-1 lead over the Toronto Blue Jays at Fenway Park, but left-hander Bobby Poyner gave up a solo home run to Lourdes Gurriel Jr. to cut the lead to one and then the bridge collapsed.

Manager Alex Cora elected to go to Joe Kelly with two outs, but the right-hander had one of his worst outings in quite some time. Kelly came in and issued a walk to Justin Smoak, gave up a single to Kendrys Morales and hit Randal Grichuk with a pitch to load the bases. Kelly then hit Kevin Pillar to force in a run to tie the game at three before being pulled for Brandon Workman.

Kelly only threw 5 of 15 pitches for strikes.

Workman came in and struck out Brandon McKinney to keep the game tied. The Red Sox rallied to win 4-3 with Kimbrel working a perfect ninth for the save, but Boston’s bullpen issues will continue to be a topic of conversation as the playoffs near.

Cora, for one, isn’t concerned, but he knows the team needs more from the bullpen, especially Kelly.

“I mean, (Kelly) didn’t execute tonight. He’s been good lately, but today he wasn’t,” Cora said, as seen on NESN’s Red Sox postgame coverage. “You know, he needs to get better, he needs to get better and he knows it. Today wasn’t a great night for him, but we trust the guy. It’s two outs in the eighth, we expect him to go out there and get the out. But he didn’t do it today, but if we have a situation tomorrow where we can bring him in, kind of like the same scenario, we’ll bring him in.”

With Matt Barnes currently sidelined with hip inflammation, the Red Sox’s stable of late-inning relievers looks increasingly questionable as the playoffs near. In the past 14 days, Tyler Thornburg (6.75 ERA), Kelly (8.31), Heath Hembree (3.86) and Ryan Braiser (3.38) all have had their share of struggles, with Kelly’s being the most concerning.

The Sox won their 101st game of the season Thursday, but if they are to achieve their main goal, they will need members of the bullpen, namely Kelly, to step up and help Kimbrel and a hopefully healthy Barnes in October.

— Eduardo Nunez left Thursday’s game with right knee soreness. Cora noted after the game he didn’t think it was serious, but the infielder might not play in the weekend series against the New York Mets. Nunez tweaked his knee in the second inning when he couldn’t decide whether or not to slide into first base or run through the bag.

— J.D. Martinez launched his 41st home run of the season Thursday. He needs to hit two more home runs to set the franchise record for most home runs in a player’s first season with the Red Sox.

— Eduardo Rodriguez turned in a stellar start against the Jays, allowing one run on five hits while striking out seven in six innings of work. He threw just 78 pitches, but Cora noted it’s all part of the team’s plan.

“It was more about taking care of him,” Cora said. “You know, this is the third start out of the DL, obviously he had the rehab starts, but I felt that six was good. The way he threw the ball in the sixth inning was good enough for me. I told him, I said, ‘Hey man, you did an outstanding job, just keep getting better. This is, kind of like, the plan we have right now.'” 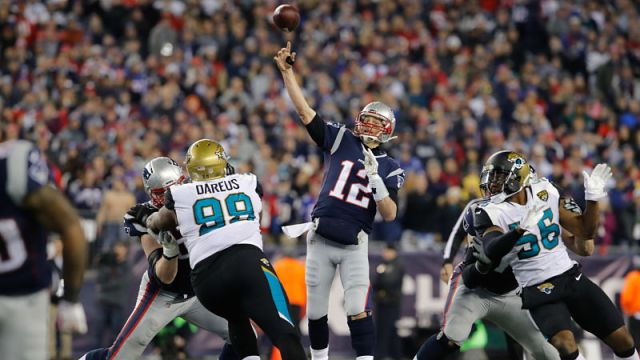 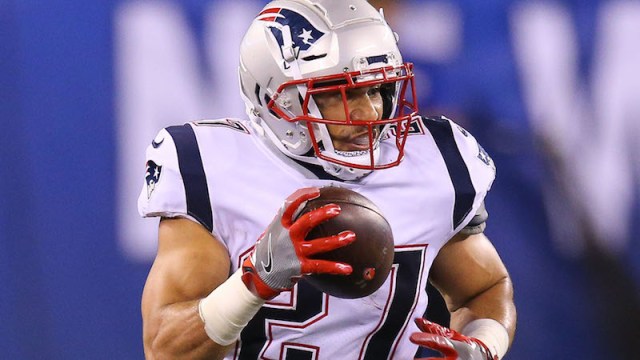 Patriots Mailbag: Who Answers The Bell At Running Back In Week 2?