Patrick Mahomes has set the NFL ablaze in his first season as the Kansas City Chiefs’ starting quarterback. He’ll look to continue his hot streak this Sunday night when the undefeated Chiefs visit the New England Patriots for a matchup that has “Game of the Year” potential.

Patriots coach Bill Belichick, speaking Monday morning on a conference call, has nothing but praise for Mahomes, who leads the NFL with 14 touchdown passes through five games. Asked what about the young QB has impressed him, Belichick replied: “Pretty much everything.”

Belichick continued: “He gets the ball to all of his receivers, quick release. He sees things quickly, can extend plays. He’s got a great arm — got a fabulous arm. He can throw the ball out of the stadium. He makes good decisions, accurate, gets the ball out on time.”

The Chiefs essentially redshirted Mahomes after drafting him 10th overall last year, with his lone start coming in a meaningless Week 17 game. Elevated to starter status after Kansas City traded Alex Smith during the offseason, the Texas Tech product posted mind-boggling stat lines in Weeks 1 and 2 of this season, throwing 10 touchdown passes with no interceptions in wins over the Los Angeles Chargers and Pittsburgh Steelers.

As Belichick noted, Mahomes’ rocket arm is his greatest asset. He leads the NFL with 14 completions on passes that traveled 20-plus yards in the air, according to Pro Football Focus, five of which resulted in touchdowns.

“No matter where (the ball) goes, it gets there pretty quickly,” Belichick said. “And the further a quarterback can throw it, the more you’ve got to defend. The ball’s on their 20-yard line, you’ve still got to defend to the goal line against him. He can rip it.”

Mahomes had his worst statistical game of the season Sunday against the Jacksonville Jaguars’ vaunted defense (no touchdown passes, two interceptions) but still was able to guide the Chiefs to 30-14 victory that ran their record to 5-0.

One week earlier, he managed just one touchdown pass but garnered comparisons to Brett Favre after leading a dramatic fourth-quarter comeback — including a left-handed desperation flip on the final drive — to stun the Denver Broncos 27-23 at Mile High.

With Mahomes, who did rush for a touchdown against the Jags, at the helm, the Chiefs are averaging a league-best 35.0 points per game this season and have scored 38 or more three times.

The Patriots sit at 3-2 after defeating the Indianapolis Colts 38-24 last Thursday night at Gillette Stadium. 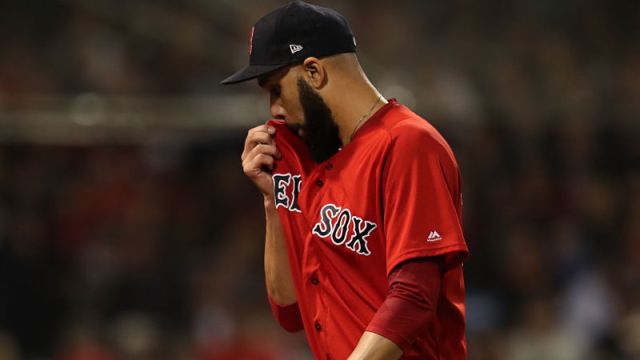