Bill Belichick Seemed To Get A Kick Out Of Narrating World Series Hype Video - NESN.com Skip to content

FOXBORO, Mass. — Bill Belichick isn’t a fan of the spotlight, as you may have heard. But he also appreciates history.

So, when FOX asked the New England Patriots head coach to narrate its opening montage for the World Series — an event that’s been around for 114 years — he jumped at the chance.

Belichick revealed Wednesday he watched his finished product — an 87-second hype video that aired Tuesday night prior to Game 1 between the Boston Red Sox and Los Angeles Dodgers — and reiterated he was “so honored” to be on voice-over duty. The primary reason for his excitement, of course, had to do with history.

“The World Series is a great event,” Belichick said during a press conference. “It’s one that as a kid I always — that was before there was (a) Super Bowl. That’s how far back I go.

“It was the World Series, that was the big — (aside from) the championship boxing match, that was really the big event in sports. That’s always got a special place, and two great franchises (in Boston and Los Angeles).”

Belichick didn’t say how much of the Red Sox’s 8-4 win at Fenway Park he was able to watch (that Buffalo Bills game plan isn’t going to plan itself), but he was at least aware of the final score.

“Big win for the Sox last night,” the coach added with a smile.

You likely won’t see any more of Belichick around the World Series as he prepares for Monday night’s game in Buffalo, but he already did his part. Besides, the Patriots’ social media team can take it from here. 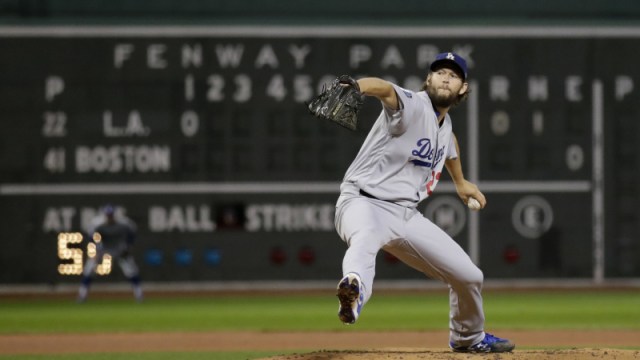 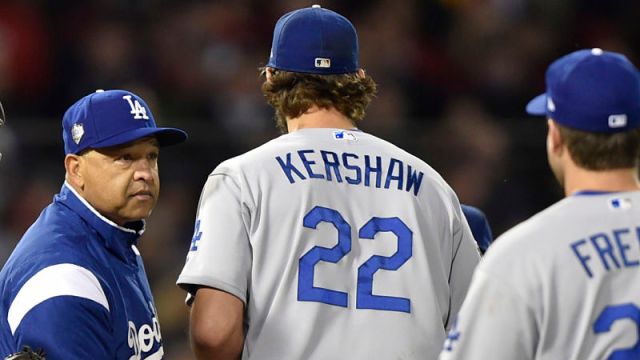