Boston came back twice from one-goal deficits to beat the Carolina Hurricanes 3-2 on Tuesday night at PNC Arena. Brad Marchand accounted for two of the team’s three goals while Patrice Bergeron notched three assists. David Pastrnak also added a goal as the first line continued to be an issue for opponents.

Jaroslav Halak was stellar in net, stopping a season-high 42 shots as he improved to 4-0-2 on the season.

DARLING DENIES DEBRUSK
The B’s had a solid chance to strike first, but Scott Darling had other plans. A turnover in the neutral zone provided Jake DeBrusk with a wide open chance, but Carolina’s netminder made a fantastic save to keep the game scoreless.

CANES STRIKE FIRST
With Carolina on the power play after Jeremy Lauzon was called for tripping, Micheal Ferland backhanded a loose puck past Halak with 2:06 remaining in the opening period.

PASTRNAK STAYS HOT
Boston went on the man-advantage when Jordan Staal was sent to the penalty box for high-sticking, and Pastrnak capitalized. Torey Krug fed a pass to the first-line winger, who then tied the game by scoring from a sharp angle that somehow got past Darling.

This ? is good from any angle. #NHLBruins pic.twitter.com/kosSUmcRJG

OLD FRIEND BREAKS THE TIE
With just 1:27 left in the second, Dougie Hamilton broke the 1-1 stalemate with a bullet of a one-timer off the face-off for the second power play goal for the Hurricanes.

BERGERON TO MARCHAND
Bergeron stole the puck from Warren Foegele while he was on a breakaway in the final seconds of the second period, and he slipped the puck to Marchand who hammered it home to make it 2-2.

That Bergeron pass is RIDICULOUS. pic.twitter.com/kePD8IpZE6

DÉJÀ-VU
It didn’t take long for Boston to grab the lead after the third period began. Much like the closing goal of the second, Bergeron and Marchand connected once again when Bergeron passed the puck off to Marchand who completed the wraparound for his second goal of the game for a 3-2 lead.

UP NEXT
The Bruins will continue their road trip when they travel to Nashville to take on the Predators on Saturday night. Puck drop from Bridgestone Arena is set for 8 p.m. ET.

The Bruins Wrap is presented by Plainridge Park Casino. 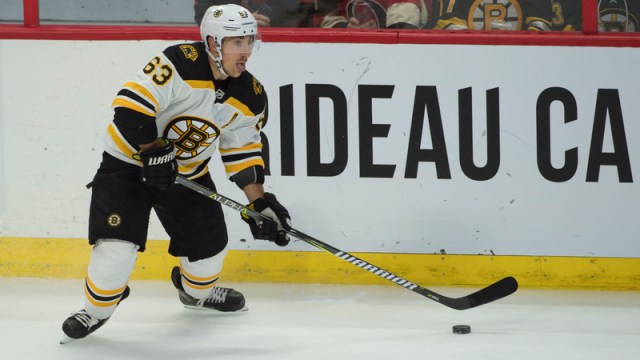 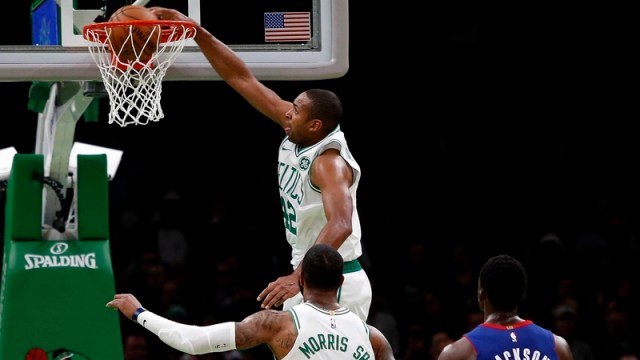 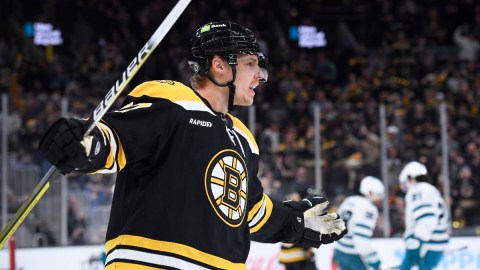