The Boston Red Sox received a scare Sunday night when the club announced that ace Chris Sale had been hospitalized with a stomach illness and would be held overnight.

Manager Alex Cora told reporters after Sunday’s 7-5 win over the Houston Astros in Game 2 of the American League Championship Series that he was hopeful the left-hander would be discharged soon and join the team in Houston on Tuesday.

The Sox got some good news Monday when they announced Sale was released from Massachusetts General Hospital and would indeed join the ball club Tuesday.

#RedSox LHP Chris Sale was released from MGH this morning and was cleared to rejoin the ball club in Houston tomorrow.

The severity of Sale’s illness still is unknown, but the Red Sox hope he is ready to go for Game 5 on Thursday night. 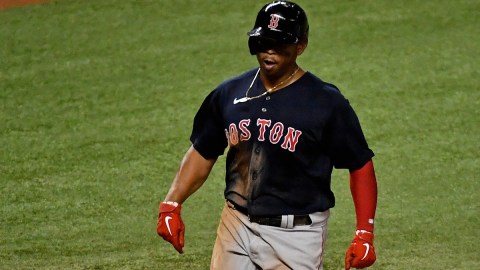