Every NFL team has places on the roster they could stand to upgrade, and the New England Patriots are no exception.

The Pats are trending upward after a modest start, and they’ll have a big test Sunday against the undefeated Kansas City Chiefs. The defense is sure to have their work cut out for them, and with a good-but-not-great linebacking group, things could get interesting.

Rookie LB Ja’Whaun Bentley was a big part of New England’s front seven early on, but a torn biceps has sidelined him and impacted the Patriots’ depth at the position.

So say the Pats were to make a midseason trade, is it possible they could reunite with Jamie Collins?

ESPN’s Bill Barnwell drew up 11 hypothetical midseason trade proposals, and among them was one that had the Pats sending the Cleveland Browns a seventh-round pick in the 2019 draft in exchange for Collins.

“Speaking of linebackers on unsustainable contracts, Collins’ four-year, $50 million pact with the Browns hasn’t worked out. He missed 11 games in 2017 with a concussion and a torn MCL, and his role in the defense has been marginalized with Joe Schobert and Christian Kirksey emerging as every-down linebackers. When Schobert and Kirksey are healthy, Collins is the guy usually coming off the field when the Browns go into their sub packages.

The Browns can cut Collins after the year and free up more than $9 million in cap space, which seems likely. In the meantime, they could convert some of the $7.5 million in prorated base salary remaining on Collins’ deal into a signing bonus to make his contract more tradable. Let’s say they convert $5 million into a bonus to save $2.5 million as part of a trade.

Collins’ time in New England didn’t end well, but the Patriots need help in their front seven after losing Ja’Whaun Bentley to a torn biceps. A healthy, motivated Collins would be an upgrade on the likes of Kyle Van Noy and free up Dont’a Hightower to take the occasional snap as an edge rusher, a tactic the Patriots used to try to create pressure before Hightower got injured last season. The Patriots wouldn’t owe Collins any guaranteed money after the season and would surely ask Collins to renegotiate his deal to stay with the team. Would a one-year reunion make sense for both parties?”

The 28-year-old had some good seasons with the Patriots, but as Barnwell mentions, availability has been an issue. He’s been fine this season, playing in all five games so far, but it seems as though his best days may be behind him. Because of that — coupled with the way Bill Belichick tends to operate — this kind of reunion seems a little unlikely. 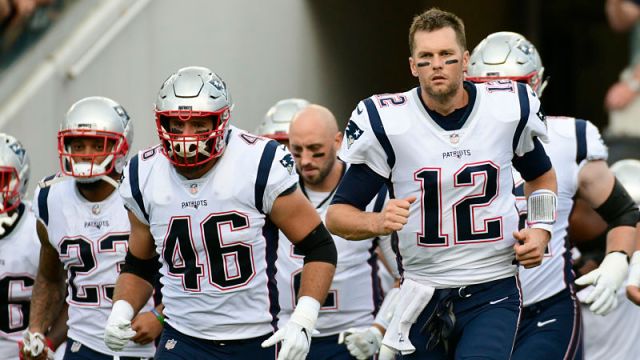 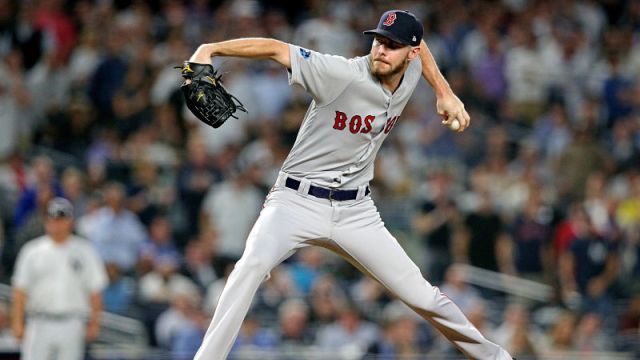