Fall is here, the weather is getting colder, and the new NHL season is about to start.

Yes, hockey is back, and that’s great news for sports fans everywhere. An exciting offseason full of blockbuster trades and free agent signings has set the stage for what should be a thrilling 2018-19 season.

Here are our picks for each award, division, conference and the Stanley Cup.

The addition of superstar center John Tavares in free agency makes the Leafs arguably the favorites to win the Stanley Cup, but the continued development of their ultra-talented young players, including Auston Matthews, William Nylander and Mitch Marner will be the reason why Toronto wins the division crown.

The three best teams in the East all could come from this division, which should make the first two rounds of the playoffs very exciting.

The Penguins were eliminated by the Capitals in Round 2 in May, ending their two-year reign as Stanley Cup champs. The longer offseason, a likely improvement from goaltender Matt Murray and the return of the league’s best duo (Sidney Crosby and Evgeni Malkin) should give the Pens enough to win the division.

The Jets finished just three points behind the Predators for the division lead and should be even better during the 2018-19 campaign. Mark Scheifele is a legit superstar as the No. 1 center and Patrik Laine is a legitimate Hart Trophy candidate after scoring 80 goals in his first two seasons. The Jets are a very well-rounded squad, evidenced by them finishing second in goals scored, fifth in goals against, fifth in power-play percentage and ninth in penalty killing last season.

A very good Sharks roster got even better with the acquisition of Erik Karlsson via trade. Karlsson, when healthy, is the league’s best defenseman and an offensive wizard. He’ll bolster an already strong Sharks power play and help them dominate puck possession at even strength.

EASTERN CONFERENCE PLAYOFFS
Toronto Maple Leafs
The Leafs are a team primed for a breakout. Not only is the addition of Tavares obviously a huge lift. But Toronto also has so many young players poised to become marquee stars. Marner, in particular, could enjoy a breakout campaign after setting a career high with 69 points last season, which he followed by being the Leafs’ best player against the Bruins in the first round of the playoffs.

The blue line has question marks, but there’s plenty of talent on it, too, and you can bet Jake Gardiner and Morgan Rielly are highly motivated after their third-period meltdown against Boston in Game 7. And let’s be honest, last season’s Stanley Cup finalists, the Capitals and Golden Knights, both lacked an elite No. 1 defenseman. So did the Penguins in 2016 and 2017.

The biggest concern with the Leafs is goaltending. Freddie Andersen was good, not great, last season with a .918 save percentage, before being one of Toronto’s worst players in its seven-game first-round loss to Boston. It might not even matter if Andersen is better, though, because Toronto could just outscore everyone en route to the Stanley Cup Final. The Leafs ranked third in goals scored last season and then added a top-10 offensive player in Tavares.

Scoring depth and goaltending are two of the main keys to winning the Stanley Cup, and the Leafs have the talent required to excel in both areas.

WESTERN CONFERENCE PLAYOFFS
San Jose Sharks
The Sharks have the best blue line in the league with Karlsson, Brent Burns and Marc-Edouard Vlasic in the fold. Their offense also has plenty of firepower, led by veteran centers Joe Thornton, Joe Pavelski and Logan Couture.

Starting goalie Martin Jones is the real question mark. He went 30-22-6 with a mediocre .915 save percentage last season but improved to a .928 percentage during the playoffs. If Jones takes a step forward and is more consistent, the Sharks should have enough to get back to the Stanley Cup Final for the first time since 2016.

STANLEY CUP FINAL
Toronto Maple Leafs
The drought will come to an end. The Leafs will win their first Stanley Cup title since 1967, and John Tavares, Mike Babcock and maybe others will one day have statues outside the Air Canada Centre.

Toronto’s high-powered offense, skilled blue line and elite coaching will propel the franchise to a long-awaited championship that might be the beginning of a very long run of success. 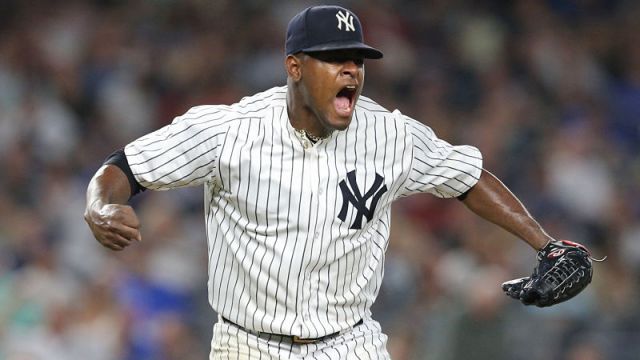 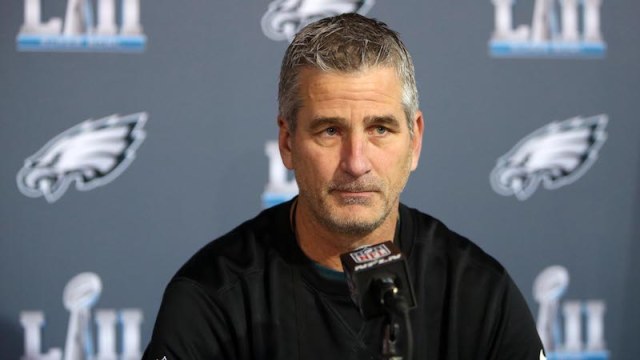 How Are Patriots, Colts Using Super Bowl LII As Preparation For Week 5?