It’s been quite the week for the New York Giants.

Aside from losing to the Carolina Panthers on Sunday in the final seconds of the game, it seems their star wide receiver is unhappy playing for Eli Manning and the Giants.

Beckham criticized the quarterback during an interview, saying he doesn’t know if the team has an issue at the position, as well as responding with “it’s a tough question” when asked if he’s happy in New York.

But what caught head coach Pat Shurmur’s attention was the fact the All-Pro receiver said he believes the Giants are lacking energy and heart on the field.

?I do know this: Our team has a heck of a lot of heart; our team plays with a lot of energy,? Shurmur told Newsday’s Neil Best. ?What we haven?t done is we haven?t really executed quite as well as we need to yet … But these guys have a ton of heart, including Odell, and a lot of want-to.?

It’s easy to see why Beckham may be upset with his situation. Despite signing a $95 million contract in the offseason, New York sits at 1-4 and he has one touchdown through five weeks.

Regardless of Beckham’s stats this season, it’s certainly not a good look to call out your team — especially when your head coach shuts down what you say. 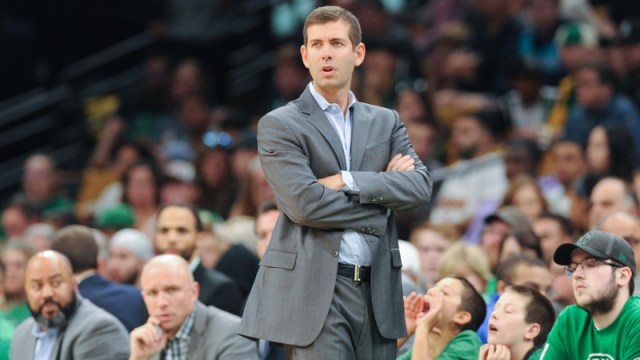 Brad Stevens Has Simple Goal For Celtics Ahead Of Season Opener Vs. 76ers