BOSTON — Patrice Bergeron is best known for his exceptional defense. After all, he’s one of only two four-time winners of the Frank J. Selke Trophy, which is awarded annually to the best defensive forward.

But the veteran center’s offensive skill shouldn’t be overlooked. Bergeron has scored 20-plus goals in nine different seasons and 30-plus goals four times. He was on pace to set a career high in goals last season, but finished with 30 after playing in just 64 games due to injury.

Bergeron didn’t play in the preseason last month but has participated in all three of Boston’s regular-season games so far, and he’s been on fire for the Black and Gold with four goals with two assists, including four points (a hat trick and an assist) in Monday’s 6-3 win against the Ottawa Senators.

“He’s just impressive,” Brad Marchand said of his linemate. “He’s a competitor. He takes a lot of pride in his game. For him to miss the amount of time he missed this summer and miss the preseason, it’s incredible what he’s able to do. Another reason why he’s such a great leader.

“He wants to be the best player on the ice every night. He puts a lot of pressure on himself to be really good. He doesn’t give himself excuses. He could easily say ‘I had a tough summer and missed the preseason, I’ll give myself 10 games to get into it.’ But he doesn’t accept that. He wants to be the best, and that’s why he is.”

Bergeron’s first goal came after a David Pastrnak drive to the net. Bergy went looking for the loose puck and jammed it past Senators goalie Mike Condon despite getting knocked over. The tally put Boston ahead just 30 seconds into the game.

Bergeron’s second goal was a display of his incredible offensive talent. He took a pass from Marchand and used his quick release and excellent shot accuracy to rocket a blast past Condon.

The hat trick was completed in the third period when a shot from Bergeron hit the skate of Senators defenseman Cody Ceci and found its way into the net.

It’s quite possible Bergeron could hit the 40-goal mark for the first time this season. Not only is he producing at 5-on-5, he’s also making a strong impact on the power play with a goal and an assist on the man advantage through three games. His chemistry with linemates Pastrnak and Marchand is phenomenal as well, and this line — the best in the NHL — is off to a flying start in 2018-19. This trio has scored or assisted on nine of the Bruins’ 10 goals this season.

Defense and winning always will be the priorities for the Marchand-Bergeron-Pastrnak line, but if these three guys stay healthy for most of the season, they could put up scoring numbers not seen for a single Bruins trio in a long time.

“… They just seem to find pucks. Pucks always are around them. They’re always on their stick,” Senators defenseman Mark Borowiecki said of Boston’s first line. “Much the same way, I think, as (Mitch) Marner is for Toronto, it was Bergeron, Marchand (Monday night). Good players like that, they’re always around the puck … seems to end up on their stick, and it’s tough to defend.” 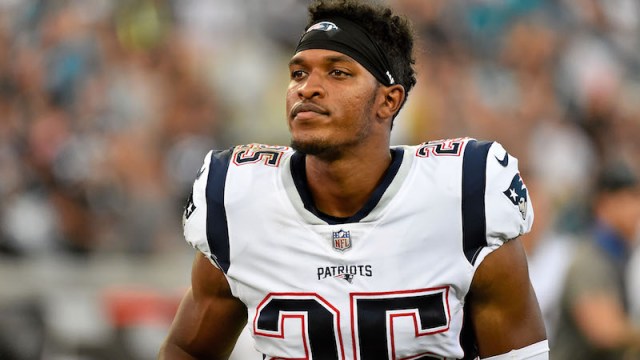 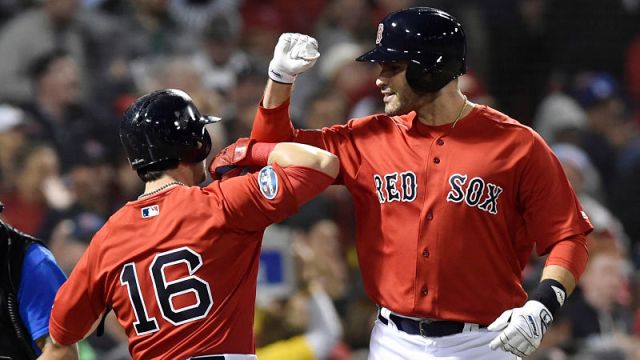