Not to resort to Bill Belichick cliches, but the New England Patriots’ defense did its job against the Buffalo Bills on Monday night.

The Bills’ offense stinks, and the Patriots’ defense made it look appropriately bad. Buffalo managed just two field goals in its 25-6 loss to the Patriots. The Bills averaged just 2.4 yards per carry, and while Derek Anderson threw for 290 yards, he managed just a 56.4 completion percentage with a 69.4 passer rating.

New England’s defense played well. But it should have played well. So, we’ll make no sweeping judgments based on Monday night’s performance.

Some players played exceptionally well, however. Let’s highlight those performances in this week’s takeaways and metrics. (All stats via Pro Football Focus.)

— Van Noy had been held sackless through seven weeks but broke out in a big way despite receiving fewer pass-rush opportunities. In moving back from the edge to inside linebacker, Van Noy only rushed 13 times. That he brought pressure on 30.8 percent of those rushes is mighty impressive.

— Gilmore continued his impressive streak of performances Monday. Over the last five weeks, he’s allowed just eight catches on 25 targets for 96 yards with seven pass breakups during that stretch. He ranks first in the NFL in cover snaps per reception, second in fewest yards per cover snap, 14th in cover snaps per target and first in pass rating allowed since Week 3.

— Gilmore also is second in the NFL with 11 pass breakups on the season.

— Roberts’ pass breakup led to a punt. It was his second dropped interception in as many weeks, but it was a good play to get his hands on the ball.

— McCourty intercepted Anderson and returned the pick 84 yards for a touchdown. McCourty reached speeds of 22.05 mph, making him fastest clocked ball-carrier in the NFL this season.

— Chung had one of his better games in coverage this season.

— Flowers was all over the place on run defense. He had two tackles for loss as part of his five stops.

— Davis and Grigsby also had tackles for loss.

— Chung had an impressive three-plays stretch where he allowed catches of 2 yards no gain then stopped running back LeSean McCoy for a 2-yard rush on third-and-8.

— McCoy rushed for 12 yards on his first carry, a wildcat play. He then 1 yard on his next 11 carries.

PASS ACCURACY
— Of Tom Brady’s 16 incompletions, three were thrown away, one was dropped and one was spiked.

— Wide receiver Josh Gordon had the lone drop on the night.

— Mason hurt his calf to put Karras into the game. He didn’t return.

— The Patriots should be getting starting right tackle Marcus Cannon back next week from a concussion, which would push Waddle back into a backup role.

— The Patriots’ offensive issues — just one touchdown all game — were caused by their anemic rushing attack. New England clearly missed rookie running back Sony Michel, who was out with a knee injury. He returned to practice Friday. so there’s hope he could play Sunday night against the Green Bay Packers. 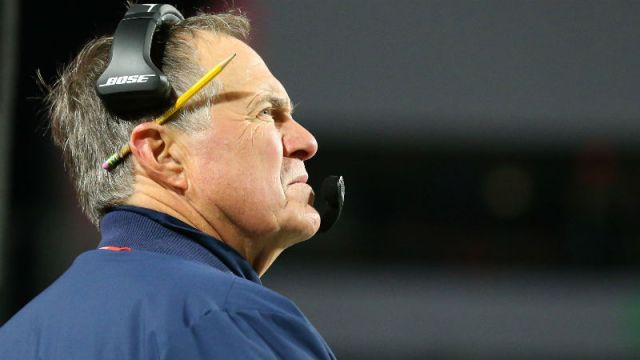 Patriots Bracing For Change, Uncertainty Ahead Of NFL Trade Deadline 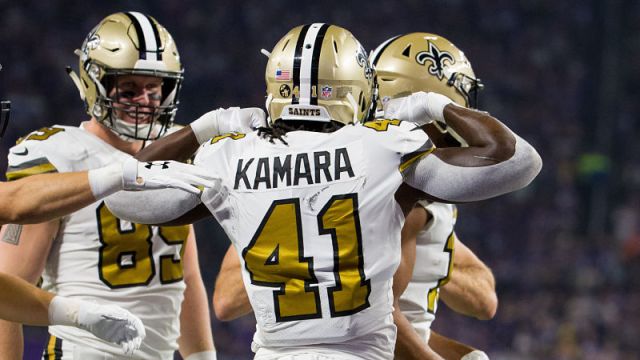