Etling stood a few feet away from Patriots football research director, and mystery man, Ernie Adams, and the two watched the Colts go through warmups. At one point, Etling intently watched Colts backup quarterback, and former Patriots draft pick, Jacoby Brissett. Adams has been known to watch the opposing team in pregame warmups to look for tells.

But what was Etling watching for? And why has a rookie practice squad quarterback been traveling with the Patriots to road games against the Jacksonville Jaguars and Detroit Lions?

“Just trying to envision to see if you were the one playing,” Etling said Monday. “You want to find play clocks, you want to just figure out how you travel as an NFL player, how you want to prepare as an NFL player going into an opposing stadium, things like that. You want to take it very seriously, and you want to be thankful that you have that opportunity, that Coach lets you do it. It’s pretty much what you try to do. Just take advantage of every single opportunity you have to get better and learn.”

No, but really. What is Etling doing?

“They have me do some other things, and I have certain jobs, but I won’t really get too much into what those are,” Etling (kind of) revealed.

“But I have things they look for me to do, and I have some things that I kind of do on my own to make sure I prepare,” Etling said.

Bill Belichick noted in 2015 that players who aren’t on the roster, whether they’re on the practice squad or injured reserve, help the team with special projects. Some of that involves film work. So, is that the LSU product’s duties?

Belichick wasn’t much more transparent about those “things” Etling is working on behind the scenes, but he did explain why the QB travels whereas other practice squad players don’t.

“Well, I mean he plays a position — there are a lot of things that happen during a game that are different than the ways that you?re talking about in the meeting room or in a walkthrough or settings like that,” Belichick said. “It?s just part of the whole experience and so forth.

“He does some things for us during the game, and I also think there?s an opportunity for him to learn and see things at real game speed and live action and the way they happen in the game, the way we have to play the game. We talk about a lot of things in meetings about how we’re going to do this or how we’re going to do that, but sometimes in game situations, it plays out a little bit differently for one reason or another, or things get changed for one reason or another. Just having a full understanding of the process I think is good experience for players at that position.”

As for what Etling does for the Patriots during the game, one of his duties is being the clipboard-holder on the sideline. Though he’s not in uniform, he does have a role on Sundays.

Brissett also traveled with the Patriots while he was on injured reserve in 2016, so the Patriots have a track record of bringing young quarterbacks on road trips when they don’t need to.

“It?s just great experience and good exposure to him as a young player, who many of these things he?s doing for the first few times here. And, being around on game day, seeing how that operation works, just being around that and an experienced quarterback and talking with Brian (Hoyer) and Tom (Brady) and being able to watch and gain experience through just seeing somebody else do it and go through it I think is invaluable.”

None of this means the Patriots view Etling as Brady’s successor. But it does show the Patriots have trust in the mental aspect of Etling’s game. And that’s an important trait for a quarterback to possess. 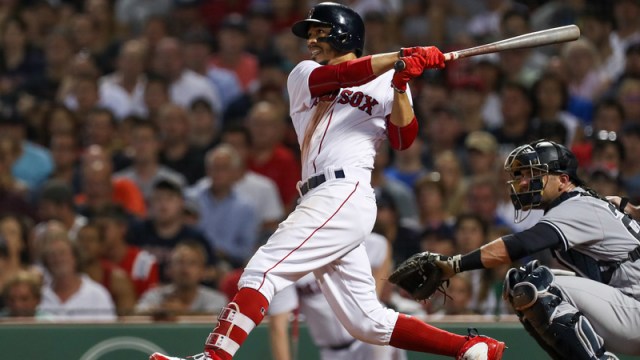 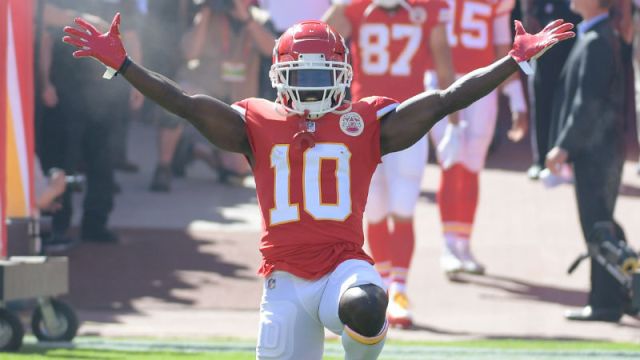