It’s hard to credit a defense after it gives up 40 points and two 65-plus-yard touchdowns, but the New England Patriots actually did an admirable job of slowing down the Kansas City Chiefs’ high-powered offense in one important area: the red zone.

Patrick Mahomes and the Chiefs found the end zone on just two of their five red-zone trips during Sunday night’s 43-40 loss at Gillette Stadium. If you broaden that scope to include visits inside the Patriots’ 25-yard line, they went 2-for-7, with both touchdowns coming off short fields (brief drives that began at New England’s 29 and 3).

The Chiefs had scored touchdowns on 76 percent of their red-zone trips entering the game, the third-best mark in the league.

Some of Sunday’s failures were the result of mistakes by Mahomes, the dynamic young quarterback who was making just his seventh NFL start. But others were just good, old-fashioned sound defense.

Thanks in large part to those red-zone — or near-red-zone — stops, the Patriots surrendered just nine points in the first half and kept Kansas City out of the end zone. A series of big plays helped the Chiefs rebound for 31 points after halftime, forcing Tom Brady to bail the Patriots out with another of his signature game-winning drives.

“I think we’ve played how we wanted to play in pockets,” said Brian Flores, New England’s linebackers coach and de facto defensive coordinator. “I thought the first half was a great example of that. We had some success, and then we’ve just got to do a good job of just playing more consistent.”

— After driving to the Patriots’ 26 on Kansas City’s opening possession, Mahomes overthrew running back Kareem Hunt on first-and-10. Hunt had torched linebacker Dont’a Hightower with the same route he used to beat Cassius Marsh in last year’s Pats-Chiefs matchup. The Chiefs went empty on second down, and the Patriots initially rushed six before having three of the blitzers drop back into coverage. Safety Devin McCourty’s brief rush was enough to occupy right tackle Mitchell Schwartz, allowing Trey Flowers to fly in and pressure Mahomes. Adrian Clayborn also got in the QB’s face from the opposite side, forcing him to dump off a short pass to Tyreek Hill.

The Patriots had no defensive tackles on the field and just one down lineman (Clayborn as a wide-9 defensive end). Here’s what Mahomes saw immediately before the snap: The combo of cornerback Jason McCourty and linebacker Kyle Van Noy stopped the speedy Hill in his tracks for a 2-yard gain, setting up third-and-8.

“They are messing with the young quarterback a little bit right now,” NBC color commentator Cris Collinsworth said on the game broadcast.

After Flowers beat Schwartz around the edge on third down to pressure Mahomes again, the QB sailed a pass over the outstretched arms of Hill, who’d beaten slot corner Jonathan Jones on the play. The Chiefs settled for a field goal.

The Patriots got lucky with some Patrick Mahomes misfires early on. All three of these should have been touchdowns.

Mahomes was under pressure on the ones to Hill and Kelce but had a clean pocket on the one to Hunt. pic.twitter.com/4MkNBXzoD7

— Another near-miss cost the Chiefs on their third possession, which also stalled at the Patriots’ 24-yard line.

An off-target screen pass bounced off Hill’s hands on second-and-4, and a hurried Mahomes overthrew an open Travis Kelce on third down.

The Patriots again went with a light box on the Kelce incompletion — their lone defensive tackle, Adam Butler, lined up in a two-point stance over right guard Jordan Devey — and called a double safety blitz on the backside. Running back Spencer Ware picked up Devin McCourty, leaving Duron Harmon unblocked. Harmon and Clayborn, who beat left tackle Eric Fisher on the play, converged on Mahomes just as he released the ball, forcing him to jump as he threw and forcing an errant pass. A second Chiefs field goal ensued. — Trailing 17-6 midway through the second quarter, the Chiefs used a 22-yard Hunt run and long completions to Kelce and Chris Conley to drive inside the Patriots’ 5-yard line.

On second-and-goal from the 4, Flowers expertly sniffed out a screen play to Antony Sherman, abandoning the rush and coming across the formation to flatten the fullback for a 2-yard loss. On the next snap, Stephon Gilmore tracked wide receiver Sammy Watkins across the back of the end zone, then dove to break up a Mahomes pass, spoiling another Chiefs scoring chance. They settled for a chip-shot field goal from Harrison Butker

Watkins, who lined up as the front man in a bunch formation, had a step on Gilmore when Mahomes released the ball, but the cornerback showed great closing speed to get a hand in and swat it away. Gilmore is tied for fourth in the NFL with eight pass breakups this season.

Clayborn, who garnered praise from Flores on Tuesday, was in the backfield again on the play, running a stunt around Butler to force Mahomes to move in the pocket. He was credited with his second QB hit of the night.

— The Chiefs made their way into the red zone again on their final drive of the first half, but a rookie mistake by Mahomes prevented them from cutting into New England’s 24-9 lead.

Facing a first-and-10 from the 15-yard line with 17 seconds left in the half and one timeout remaining, Mahomes took the shotgun snap, surveyed the field and then scrambled to his right to evade Hightower, who had chipped Kelce at the line before rushing up the middle.

Hightower grabbed a hold of Mahomes’ jersey as he ran, then dragged him to the ground as he released the ball. (Despite a few early hiccups in coverage, this was the best game of the season for the veteran linebacker, who also had an interception in the first quarter.)

Harmon and fellow safety Patrick Chung had Kelce, one of the NFL’s premier tight ends, double-covered near the goal line, but Mahomes tried to force a pass to him anyway, resulting in a juggling interception for Harmon.

The smarter play for the 23-year-old signal-caller would have been to throw the ball away, which would have given the Chiefs another shot at the end zone with roughly 12 seconds remaining. Mahomes acknowledged this after the game, saying he “just got a little greedy.”

“If I?m going to try to make that throw,” he said, “then make it either Kelc can catch it or nobody else.” 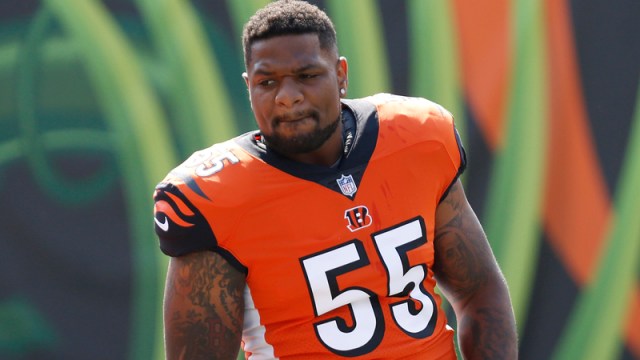 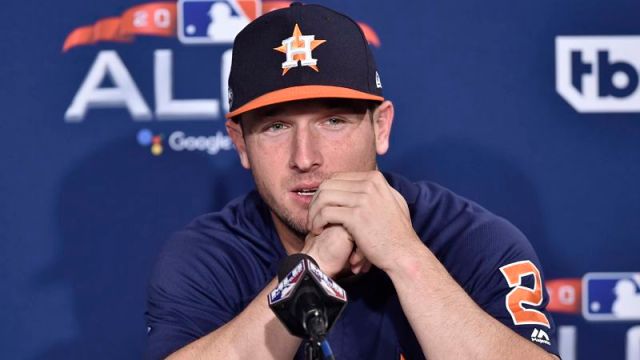