Patriots linebacker Kyle Van Noy kicked off his media availability Monday with some small talk. The Red Sox’s 6-2 loss to the Yankees on Saturday night came up, and Van Noy gave his unsolicited take on Price.

“I believe in Price,” Van Noy said. “He’s good. I know others don’t, but I believe in him.

“I think we all do. Anytime we’ve got a professional player that plays for the city that does stuff for the community, that puts on for his team and suits up and tries to do his best, you’ve gotta represent him, respect what he does.”

Price, who had a good 2018 season with the Red Sox, going 16-7 with a 3.58 ERA and 177 strikeouts in 176 innings, was yanked from Saturday night’s game after allowing three earned runs off two home runs in just 1 2/3 innings. He now has a 14.40 ERA in the postseason as a starter with the Red Sox. He has struggled against the Yankees since joining Boston and has received a fair share of criticism from media and fans.

Van Noy knows a thing or two about criticism from the media. It’s unsurprising to see him standing up for another Boston athlete. 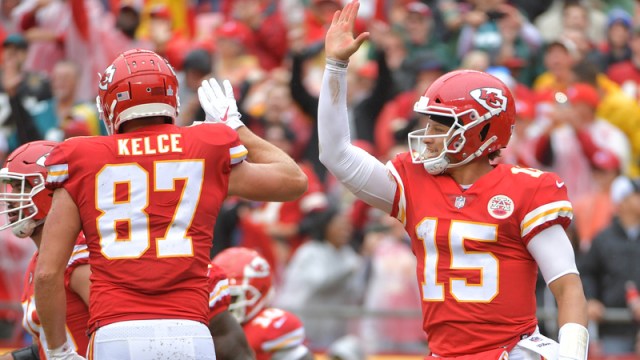 Why Is Chiefs’ Offense So Difficult To Stop? Bill Belichick Explains