There were a lot of reasons why the Boston Red Sox won the 2004 World Series, and clutch two-out hitting with runners in scoring position was a major one.

That same success in clutch situations is fueling the 2018 version of the Red Sox, who on Wednesday night took a 2-0 lead over the Los Angeles Dodgers in the World Series with a 4-2 Game 2 win at Fenway Park.

Check out this interesting stat from NBC Sports Boston’s Evan Drellich. The Sox are approaching a record they set during their historic 2004 run.

Most RBIs in a postseason with runners in scoring position, 2 outs:

The Red Sox collected four RBIs with runners in scoring position and two outs in Game 2. Here’s a rundown:

— J.D. Martinez drives in Xander Bogaerts with a single in the second inning to give Boston a 1-0 lead.

— Steve Pearces earns an RBI with a bases loaded walk in the fifth inning to tie the score 2-2.

The Red Sox have shown tremendous plate discipline throughout the season, so it’s not a huge surprise that they’ve been able to come up clutch in two-out situations. Dodgers pitchers need to buckle down and win more of these two-out matchups or this series, which shifts to Los Angeles for Game 3 on Friday night, could be over in short order. 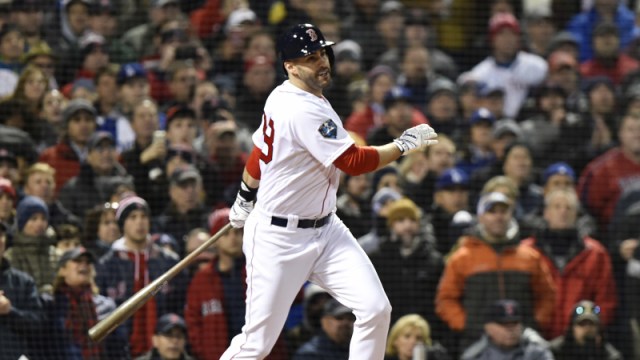 Here’s What J.D. Martinez Told Himself Before Clutch Hit In World Series Game 2 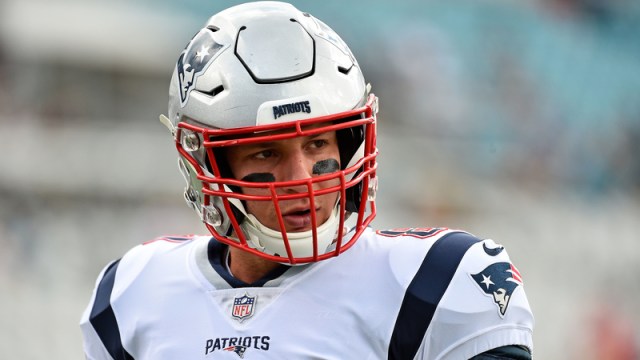