FOXBORO, Mass. — There weren’t many negatives to take away from the New England Patriots’ demolition of the Miami Dolphins on Sunday, but there is reason to be concerned about the status of Rob Gronkowski.

Gronkowski, New England’s All-Pro tight end, left the field during the third quarter of his team’s 38-7 victory and did not return. The Patriots later announced he was dealing with an ankle injury.

It’s unclear exactly how Gronkowski suffered the injury. He did not appear to do anything unnatural to his ankle on his final play of the afternoon — a 9-yard reception on third-and-7 with just over 9:30 remaining in the third — but did show some signs of discomfort as he walked toward the sideline.

Gronkowski was limited in practice last week with an ankle injury and was listed as questionable for Sunday’s game, so he might have aggravated a pre-existing ailment. After being examined on the Patriots’ bench, he departed toward the locker room and was seen by reporters during the postgame media availability period.

We’ll learn more about the severity of Gronkowski’s injury once the Patriots return to the practice field Tuesday — since they led 24-0 at the time, it would have been smart to shut him down for even a minor issue — but he won’t have much time to heal up before New England’s next game. This will be the Patriots shortest week of the season, with the Indianapolis Colts set to visit Gillette Stadium on Thursday night.

Losing a player of Gronkowski’s caliber obviously would be a serious blow to the Patriots’ offense, which turned in its best performance of the season against Miami. Though he played a relatively minor role in the much-needed win (four catches, 44 yards, conversions on two third-and-longs), the 6-foot-6 tight end undeniably is the team’s most dangerous offensive weapon.

Further complicating matters is the chest injury that has sidelined tight end Jacob Hollister for the past two weeks. Reports have indicated Hollister shouldn’t miss significant time, but if he and Gronkowski both cannot play against the Colts, the Patriots would be left with Dwayne Allen as their only available tight end.

Allen was a capable receiver during his time in Indianapolis (406 receiving yards, six touchdowns in 2016), but he’s been used almost exclusively a blocker since joining New England last year. His catch against the Dolphins — which resulted in a loss of 4 yards — was his first since Week 16 of last season, and it came on his first target of 2018.

Gronkowski leads all Patriots pass-catchers with 233 receiving yards on 17 catches with one touchdown this season. 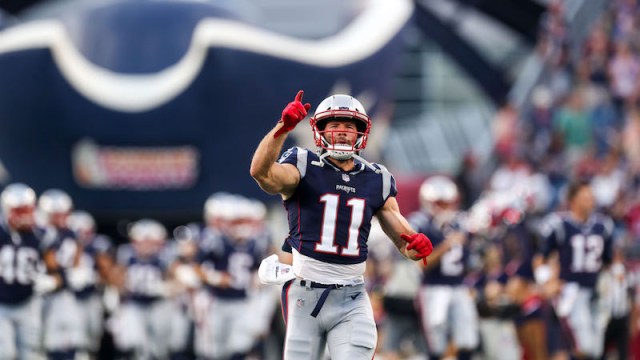 Julian Edelman’s Suspension Is Over; Receiver Can Return To Patriots 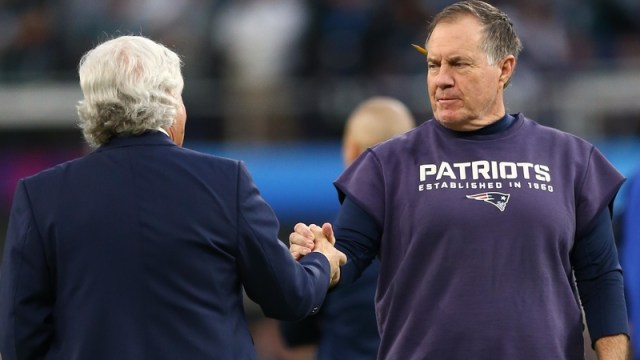