Rob Gronkowski Sure Seems Tired Of Talking About His Touchdown Drought - NESN.com Skip to content

FOXBORO, Mass. — The questions come each time Rob Gronkowski steps to the podium.

Hey, Gronk, what’s up with this touchdown drought? Why haven’t you been able to find the end zone in your last (*checks notes*) six games? And you’ve only been targeted in the red zone twice all season. How do you feel about that?

Those are questions Gronkowski is growing increasingly tired of answering.

Two days after catching just three passes on eight targets for 43 yards in the New England Patriots’ 25-6 win over the Buffalo Bills, Gronkowski delivered uncharacteristically brief responses to repeated questions about his diminished production this season.

Here’s a transcript of the exchange between the tight end and multiple reporters Wednesday in the Gillette Stadium media workroom:

What can you do better in the red zone?
Gronkowski: “We’ve got to score more points, myself get open and make plays, and we’ve got to put up points when we get down there.”

The lack of touchdowns, do you feel like it’s because you’re not getting open, or do you feel like you’re just not the primary look? What would you attribute this touchdown drought to?
“I’m not really sure. Yeah. Everything. Everything you said. I don’t know what to say.”

How much do you miss the end zone?
“I think it misses me.”

Jimmy Graham, what do you think of him?
“Good player, yeah.”

Do you guys have much of a background?
“No, not really.”

Is there a level of frustration, though? I know you’re winning, but counterbalance that with your own performance and productivity.
“No. I mean, we’re 6-2. We just won five games in a row, and we’re just trying to get the W every week.”

How are you feeling right now?
“Living.”

Where would you say your confidence level is at right now?
“It’s good.”

Why?
“Because we’re winning. All right, guys. Thank you.”

Gronkowski smiled throughout the presser, which lasted just over three minutes, but vented after leaving the podium, according to reporters who witnessed his return to the locker room.

Then speed-walked through the locker room and out the door saying he was sick of talking about the same stuff. Hmm. https://t.co/5nY4o6qpKh

At the midway point of the 2018 season, Gronkowski has 29 receptions for 448 yards and one touchdown in seven games, with that lone score coming in New England’s season opener. The catch and yardage totals aren’t too far off his usual pace, but he’s lagging far behind in touchdowns, having never scored fewer than eight in a season in which he played 11 or more games.

In his first seven games last year, Gronkowski caught 34 passes for 509 yards and five touchdowns. In 2016, it was 40 catches for 646 yards and seven scores.

A lack of viable weapons around him helped explain Gronkowski’s lack of production early in the season. But it hasn’t significantly improved since Julian Edelman returned from suspension and Josh Gordon became a starter in the Patriots’ offense, though Gronk did have two huge catches in the team’s dramatic Week 6 win over the Kansas City Chiefs.

Injuries could be preventing Gronkowski from looking like his typical dominant self, as he’s been limited in recent weeks with back and ankle ailments and didn’t play against the Chicago Bears two weeks ago.

But, as Gronkowski noted, a dearth of Gronk spikes this season hasn’t stopped the Patriots from winning football games. They’re riding a five-game win streak and sit atop the AFC East at 6-2 entering this Sunday’s primetime matchup with Aaron Rodgers and the Green Bay Packers. 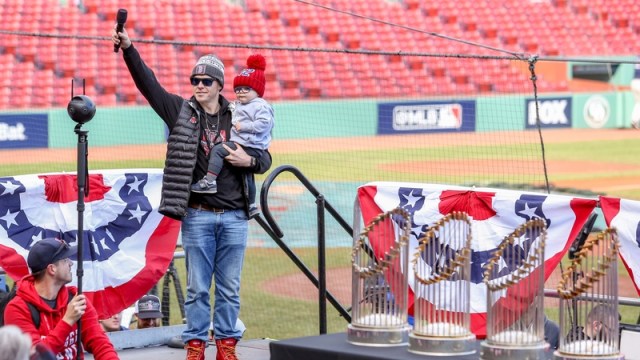 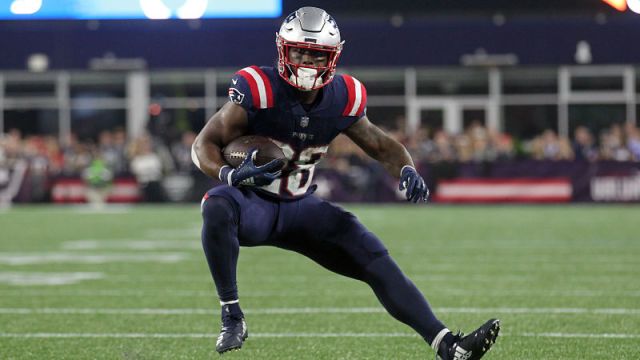