The New England Patriots handed the Kansas City Chiefs their first loss of the season Sunday night and now must head to Soldier Field this weekend for a matchup with the upstart Chicago Bears.

Here are four quick things to know about the Bears, who currently sit atop the NFC North at 3-2:

1. Their vaunted defense looked mortal Sunday in Miami
Two weeks after managing just seven points in a blowout loss to the Patriots, the Dolphins hung 31 on a Bears defense that had allowed just 41 total points over its previous three games. And they did it with the immortal Brock Osweiler under center, starting in place of an injured Ryan Tannehill.

Chicago failed to sack Osweiler on 44 dropbacks, and superstar edge rusher Khalil Mack had by far his worst game of the season, managing just one hurry in the 31-28 overtime loss. Mack also suffered an ankle injury that could limit him this week.

NFL Media’s Brian Baldinger put together an insightful video breakdown of how the Dolphins’ neutralized the Bears’ D — a strategy that started with strong offensive line play.

That’s just one rough game, though. The Bears have been excellent defensively for much of this season, and their front seven — which was strong even before their trade for Mack this summer — is one of the NFL’s best. Other names to know in that unit include edge rusher Leonard Floyd, rookie linebacker Roquan Smith and former Patriots defensive tackle Akiem Hicks, who’s considered one of the NFL’s premier run stuffers.

Akiem Hicks is one of the best run defenders in the NFL, and nobody is talking about it.

Mack is the guy, though. Through five games, the former Oakland Raider has generated five sacks, four quarterback hits, four forced fumbles, a fumble recovery and a pick-six. He’ll be a handful for right tackle Marcus Cannon and/or LaAdrian Waddle.

“He?s certainly at the top of the list,” Patriots offensive coordinator Josh McDaniels said, “but there?s a lot of guys on their defense that we?re going to have to do a great job on. (It’s a) really, really good unit altogether, top to bottom.”

2. They’re coached by an Andy Reid disciple
Matt Nagy spent three seasons as the Chiefs’ quarterbacks coach and two as their offensive coordinator before taking over the Bears in January, so expect to see a lot of the same offensive concepts Reid employed Sunday night in Foxboro. Chicago loves its run-pass options with athletic second-year quarterback Mitchell Trubisky, and Nagy is known to get creative with his play calls, especially in the red zone.

This shovel-pass touchdown to tight end Trey Burton on Sunday was straight out of the Travis Kelce playbook:

“There sure are,” Belichick said in a conference call Tuesday. “It’s different, but there’s certainly some carryover. Of course, one of the big differences is the personnel. Yeah, there’s certainly a lot of carryover from Kansas City’s basic stuff.”

Unfortunately for Nagy, he also seems to have inherited some of Reid’s notorious game management issues, as he faced criticism for his overtime play-calling after Sunday’s loss.

3. Mitchell Trubisky is riding a hot streak
Trubisky has yet to develop into an upper-echelon quarterback, but he’s coming off two very strong performances in a Week 4 win over the Tampa Bay Buccaneers and Sunday’s loss to Miami.

Take a look at his stats from those two games:

Patriots linebackers coach and de facto defensive coordinator Brian Flores praised Trubisky’s deep-passing ability after he completed bombs of 54 and 47 yards to wide receiver Taylor Gabriel on Sunday. The Bears have gained 25-plus yards on 11 pass plays over the past two games.

“The first thing I would say is he throws a very good deep ball,” Flores said. “He throws a good deep ball. He’s accurate, an accurate passer. Obviously, we know him as an elusive guy in the pocket and someone who does a good job as a scrambler extending plays, and then he does a really good job of finding receivers down the field. So he’s been impressive.”

Trubisky also is a rushing threat, averaging 6.6 yards per carry on 25 attempts this season. He did make one glaring mistake against Miami, though, throwing an awful interception in the end zone early in the fourth quarter.

4. Tarik Cohen is a weapon
Belichick downplayed comparisons between the Bears running back and Chiefs wide receiver Tyreek Hill, but they possess similar game-breaking ability. Cohen, who is drastically undersized at 5-foot-6, 179 pounds but boasts elite speed, has been a menace in the short-passing game, racking up 211 yards and a touchdown on 14 receptions over the past two games.

Lead back Jordan Howard, who rushed for 1,000 yards in each of the last two seasons, is averaging just 3.5 yards per carry this year in a diminished role. He carried 14 times for 69 yards against the Dolphins and lost a fumble on the 1-yard line.

Newcomers Gabriel, Burton and Allen Robinson are Trubisky’s top targets in the passing game, along with Cohen, who also rushed for a 21-yard touchdown Sunday. 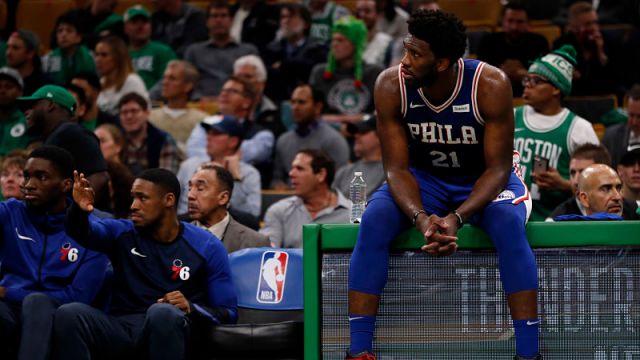 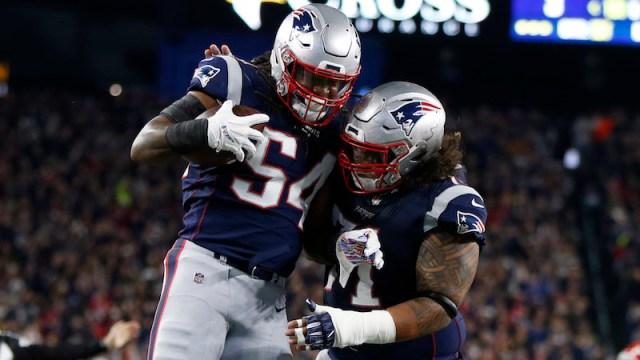 What Should Be Patriots’ Level Of Concern Over Inconsistent Defense?